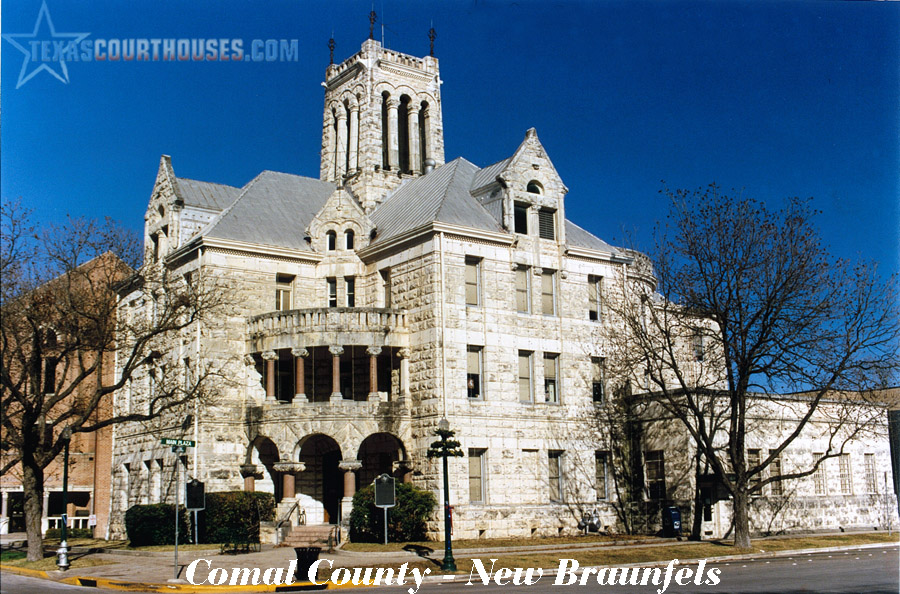 Located across from the northeast corner of the public square, the Comal County Courthouse is an excellent example of Romanesque Revival design, as interpreted by architect J. Riely Gordon. Although the roofing has been replaced and an addition has been made on the east, the courthouse retains most of its original exterior fabric. While modernized, the interior spaces still reveal the original concept of the plan. The main entrance is on the southwest reentrant angle of the Greek-cross plan. On the ground floor within the arms of the cross are located the offices of the treasurer, county attorney and county clerk, and the courts of the commissioners and the county. On the second floor, expressed by a curved mass, is tin district courtroom which originally had a two-story ceiling height. All these spaces radiated from a central core containing an open stairwell which facilitated natural ventilation by allowing hot air to rise and vent through the tower–thus the tower not only unified the courthouse massing but also served a functional purpose. The iron stairway, the woodwork, and much of the flooring is original.

The exterior walls are native limestone in a handsome light gold color. The texture of pitch-faced ashlar was subtly accented by cut-stone lintels and delicate stringcourse moldings. Common features on Romanesque architecture, the dormers, incorporating carved engaged columns, add to the picturesqueness of the building and relieve the austerity of the roof forms. The stone tower, with its gentle batter, is noteworthy for simplicity and originality. At the cornice of the tower as well as the main walls, a dentil course provides a delicate accent.

The entrance porches are also noteworthy. Supporting the entrance balcony are polished Syrian columns of pink granite; overhead, slender columns support capitals with handsomely carved Sullivanesque details. However, the entrances on the northwest, northeast, and southeast have been modified; the southwest (main) entrance is largely original, although an aluminum and glass door has replaced the original paneled wooden door. Similar in design to many of Gordon’s+ Texas courthouses, the Comal County Courthouse contains two two-story quarter-circular entrance galleries set into the front ells (southwest and northwest), while the rear ells contain two three-story quarter-circular bays. A brick parapet with punched brick detail crowns each bay. The entrance and open second floor gallery of the northwest bay have been enclosed.

In 1930 A. C. Moeller was awarded the contract for a jail which was to be annexed to the courthouse–an unusual arrangement in Texas. Architect Jeremiah Schmidt designed the addition and the Southern Prison Company provided the jail equipment which is still in use. Through the use of limestone and compatible details the addition harmonizes with the courthouse.
In 1966 the courthouse was remodeled according to plans by Jeremiah Schmidt. Although the interior was modernized, much of the original interior character is yet apparent.

The Comal County Courthouse is noteworthy for its beauty, style, and association with one of the most talented nineteenth-century architects to practice in Texas. A work of limestone handsome proportions and details distinguish this temple of justice. In addition, it is an outstanding example of the Romanesque Revival Style that was prominent nationally, yet the materials of construction reflect the region–it unifies with other limestone buildings in the community.

A German settlement founded in 1845 by Prince Carl of Solms-Braunfels, New Braunfels was laid out around a public square which was reserved for a market place rather than a public building, as was the Anglo-American custom. Named for the Comal River, the county was organized the following year and three years later a frame courthouse was contracted. In 1857, through a competition, plans for a new stone courthouse were selected and a new courthouse was built.

The German tradition of incorporating a marks platz into the town plan was responsible for locating the courthouses, including the present building, off the square. Although many citizens advocated placement of the present courthouse on the square, German custom prevailed and it was sited on a corner site across from the public space. Today only a bandstand and landscaping occupy the square.

Late in 1897, because their courthouse was in a “very dilapidated condition; and considered unsafe by many citizens,” the commissioners’ court deemed it their duty to provide a new safe and substantial building. Subsequently Albert F. Beckman of San Antonio was invited to meet with county commissioners but J. Riely Gordon, also from San Antonio, wrote the commissioners and requested the opportunity for an interview. Both architects submitted designs. Following a visit to the Gonzales County Courthouse, also the work of Gordon, and after considering competition drawings–although both architects advised the court not to sponsor a competition by a vote of three to one Gordon was awarded the commission for a 5% feet.
In February, 1898, bids were received for construction and the contract was awarded to Fischer and Lambie of Austin for $36,900. In May the cornerstone was levelled and in December, 1898, the court extended appreciation to the contractors for their excellent workmanship on the structure, just recently completed.

The courthouse plan based upon the Greek cross had been used by Gordon for several other Texas courthouses and the architect claimed a copyright on the arrangement. However, each courthouse on the same plan incorporated different materials and the detailing varied considerably, making each a unique building.

In 1899 the grounds around the courthouse were finished. Louis Moeller provided clay for the surfacing. 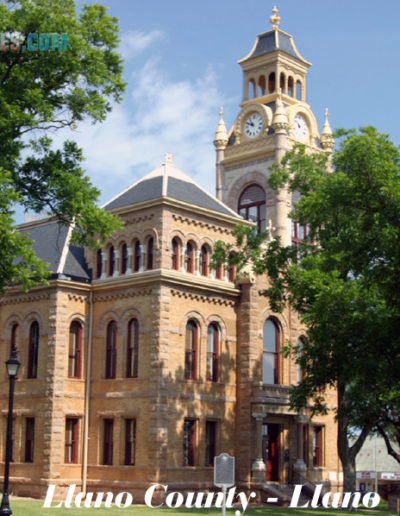 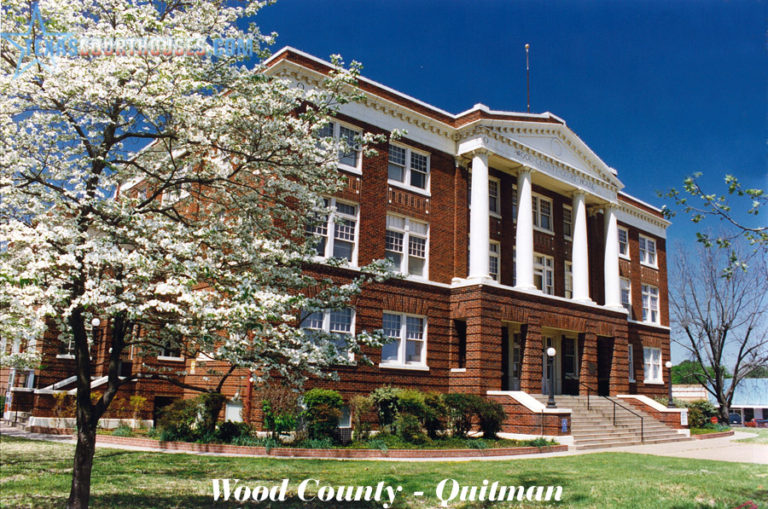