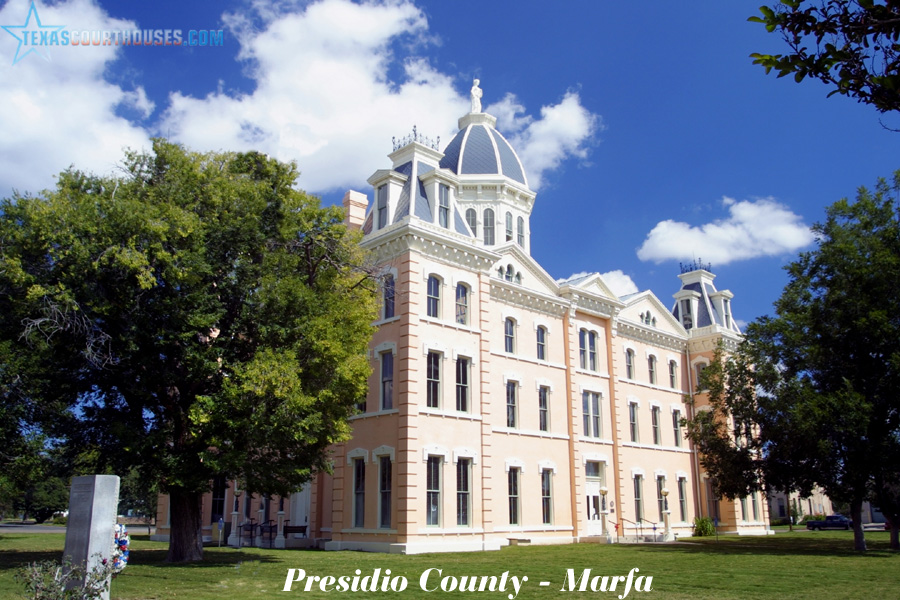 Located on a flat plain with no vegetation except grasses, the courthouse along with a jail presented a lonely appearance, when they were completed. There were no other structures of consequence near them and the streets were as yet mostly undefined.

Built in 1886, the Presidio County Courthouse is a fine brick and stone building in Second Empire style incorporating details from the Italianate mode. Pavilions boldly projecting from each of the corners are surmounted with Mansard roofs with dormers with triangular pediments and iron cresting. These pavilions are further distinguished by stone quoins and openings with decorative lintels. A water table provides a base for these as well as the other parts of the building.

The main mass of the rectangular building is distinguished on the north and south sides by three triangular pediments in symmetrical composition in Italianate style, one of which emphasizes the entrances. This central feature which projects forward is also enhanced with quoins. In the gables are triple arched features.

The different forms of the five-part facades are unified by several features, including stringcourses girdling the building at the window sill level of the second and third floors. The cornice also provides a satisfactory unifying element. On the groomed and on the second stories, stone lintels span the openings and on the top story stilted segmental arches span the openings which contain double-hung windows. Rising above the center of the building and forming a focal point for the surrounding area is the tower surmounted by statue of the goddess of justice, reposed on a broad pedestal. A cornice with consoles surrounds the base of the roof and Roman arches span the openings of the octagonal tower.

With entrances on each side and corridors extending through the center of the building the floor plan was similar to many others in Texas. At the intersection of the corridors a circular rotunda was created with stairways situated nearby. In the quadrants thus created, were located offices of the county tax collector, justice of the peace, county judge, and county clerk.
The district courtroom was located on the second floor east of the rotunda and it occupied the entire east section. Offices were located on the west end. At the west end of the third floor was located a grand jury room. On the interior fittings of pecan wood were provided. In contrast to many nineteenth century courthouses, the Marfa building retains much of its original character, although the interior has been refinished in recent years.

The Presidio County Courthouse possesses both architectural and governmental significance. From an architectural point of view, it represents the nineteenth century trend of combining details from two or more styles to achieve uniqueness of effect; it is one of the finest examples of nineteenth-century architecture extant in the Marfa area. From the point of view of government, it has been the center of proceedings involving law, order, and justice since its completion.

Created in 1850 Presidio County originally occupied an area in excess of thirty thousand square miles. It is situated in the arid southwestern section of the state, west of the Pecos River, and is bounded on southwest by the Rio Grande. After the Civil War other counties were created from the original area and in 1875 the county was organized with a seat of justice at Fort Davis. A decade later the county seat was moved and the size of the county was further reduced when two other counties were created from this area.

Marfa was founded in 1881 by the Texas and New Orleans Railroad and was reportedly named by the wife of the president of the railroad for the heroine of a Russian novel. In 1885 the town became the county seat and shortly thereafter work commenced on the only courthouse in the town’s history–today the population is only about 3,000.

Competition over the courthouse contract was reported to have been and “exciting contest.” Nineteen builders submitted bids with J.H. Britton of Sherman, Texas, and Alfred Giles, a San Antonio architect, submitting the lowest bids. The contract was awarded to Alfred Giles. The building was modeled after the E1 Paso County Courthouse.

Problems subsequently occurred over the issuance of bonds. In the Galveston Daily News investors and dealers were warned by a notice not to handle the bonds that had been originally issued in 1886, since they were not properly registered. However, irregularities were rectified and the courthouse was satisfactory financed.

The building continues to serve its original function and was a focal point for bicentennial events including landscaping the public square and the development of a Junior Historian Museum on the second floor. 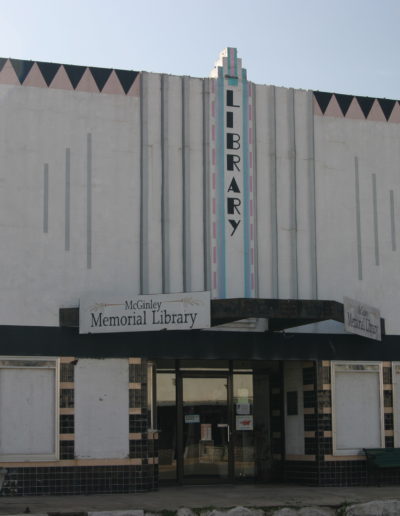 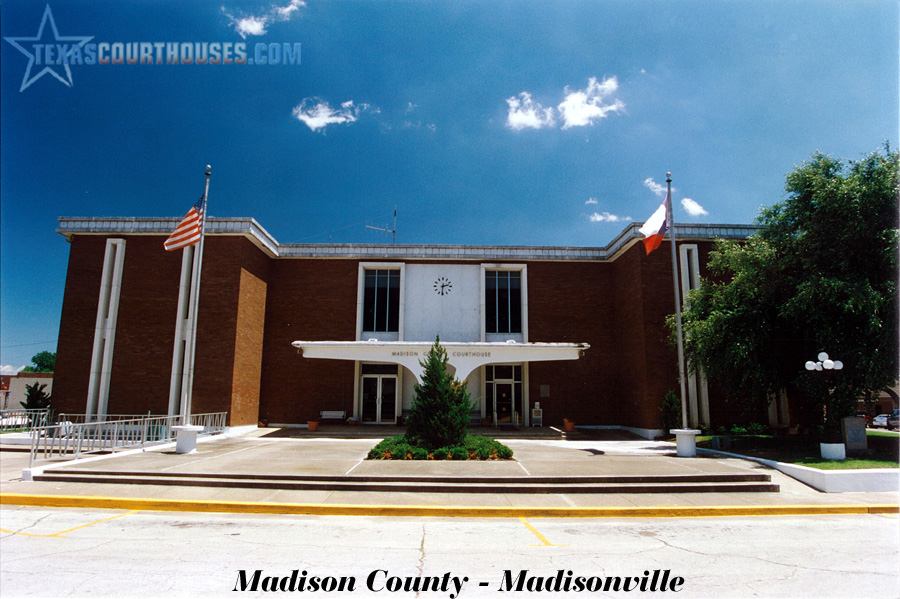