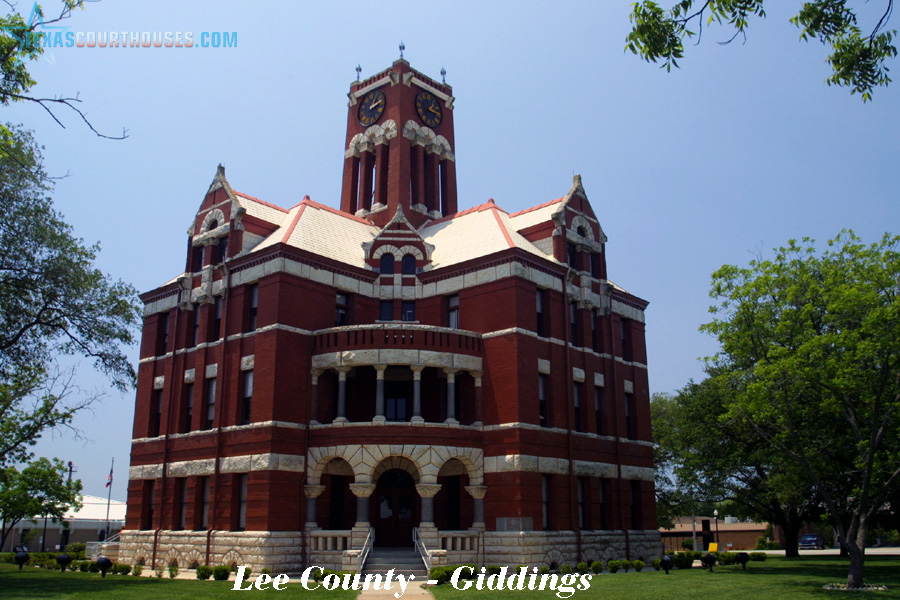 The Lee County Courthouse in Giddings, Texas, stands on a public block that, unlike most squares in towns throughout the state, is surrounded by residential rather than commercial buildings. Designed by J. Riely Gordon in 1898 and built by Sonnefield, Emmins and Abright of San Antonio, the three-story red brick courthouse is located on the crest of the high divide that separates the Colorado and Brazos river basins. The building displays a combination of a variety of structural masses and is an imposing site in the predominantly residential area. Similar in design to many of Gordon’s Texas courthouses, the Lee County Courthouse employs the Richardsonian Romanesque style. Cruciform in plan, the structure contains two story quarter-circular entrance galleries set into the front ells (northeast and northwest ells), while the rear ells (southeast and southwest) contain two three-story quarter- circular bays with open arcades on the first :Level and enclosed floors on the second and third levels. A brick parapet with punched brick detail crowns each bay. Each arm of the Greek cross is covered by a hipped roof. From three of the wings large, gabled wall dormers project, while a chimney rises from the rear (south) arm. Two additional dormers are set within the northeast and northwest ells above the two-story quarter-circular galleries. The three-story quarter-circular bays are crowned by cross hipped roofs. Rising from the center of the mass is a tall, square, brick clock tower with tall arcaded openings and a clock. The tower ends abruptly, however, for it lacks the pyramidal roof that Gordon typically employed.

The raised three-story red brick building rests on a raised limestone base and is decoratively trimmed with white rusticated limestone arches, foliated capitals, lintels and stringcourses. To this striking color contrast is added blue granite employed in the steps and in the polished columns supporting the arcades. A wide limestone band around the first and third floors forms the window lintels on these floors, while the second floor windows contain single stone lintels. A narrow limestone stringcourse below the second and third floors divides the building horizontally. Most of the windows are trabeated, but the large stone arches, typical of the Romanesque Revival style are present in the gallery arcades, entrance doors, dormers and the clock tower. The interior ornamentation displaying a variety of color is characteristic of Gordon’s designs. The ground floor is finished with marble tile, border, and base, all of a different color. The district courtroom, enhanced by attractive woodwork, has a high stamped metal ceiling and a gallery, supported by iron columns. Besides a few minor changes, such as the removal of the iron fence which once surrounded the block and the replacement of the slate shingles with sheet metal simulating shingles, there have been no alterations to the original 1898 courthouse. The Lee County Courthouse is a fine example of a nineteenth century Texas courthouse. Designed in 1898 by J. Riely Gordon, a prominent Texas courthouse architect in the 1890’s S, the building represents Gordon’s version of the popular Richardsonian Romanesque style. In emphasizing the buildings role as the focal point of the community, Gordon utilized various Romanesque details and combined a variety of structural masses to give the courthouse a sense of weight and stability. Created from Bastrop, Burleson, Fayette, and Washington counties, Lee County was organized in 1874. Giddings and Lexington were the leading rivals for the selection of a county seat. Lexington, an older town surrounded by excellent farmland confidently laid out a courthouse square. But Giddings, settled chiefly by Wendish Lutherans in the 1850′ S, was a railroad town and was proud of its high, healthy location astride the divide between the Brazos and Colorado Rivers watersheds. In the heated and bitterly contested election, Giddings was selected as the county seat.

The first Lee County Courthouse was completed four years later in 1878. Built on a public square just south of the business section, the courthouse was a two-and-a-half story, Second Empire structure with mansard roof. A fire in 1897 unfortunately destroyed the elegant building. As plans were being discussed for a new structure, several people in Lexington and other county residents urged that the new courthouse be located in the geographical center of the state. However, a popular election once again confirmed Giddings as the county seat.

In order to choose an architectural style suitable for a new courthouse, a fund was set aside to enable the County Commissioners to visit various county seats in central and south Texas. The Commissioner’s chose the work of the San Antonio architect, J. Riely Gordon. A native of Winchester, Virginia, Gordon had no formal architectural training. At the age of 18 he began his career in Texas by study and apprenticeship with the Waco architect, W. C. Dodson and in 1883 he went to Washington, D. C. to work under the supervising architect of the Treasury. Returning to Texas in 188 7 Gordon opened an office in San Antonio and soon became popular as a courthouse architect. His courthouse designs which preceded the Lee County Courthouse were in the counties of Fayette (1892), Victoria(1892), Bexer (1892-95), Era the (1892), Hopkins (1894-95), Gonzales (189496), Ellis (1895-96), Wise (1895-97) and Comal (1898). The contracting bid went to the San Antonio firm of Sonnefield, Emmins and Abright, whose bid for $32,270 was approved April 22, 1898. Other bids included those for a tower clock, hot air heating system, furniture, windmill and well, plumbing, concrete walk, and iron fence. The Sonnefield firm used county convicts at $1.00 per day to remove the burnt bricks from the old courthouse and the new building was constructed on the same location. Completed in 1899, and received by the Board of Commissioners on June 3, 1899, Gordon’s design was nearly identical to the Comal County Courthouse built the year before. The building is still used as the courthouse and has had only minor alterations. 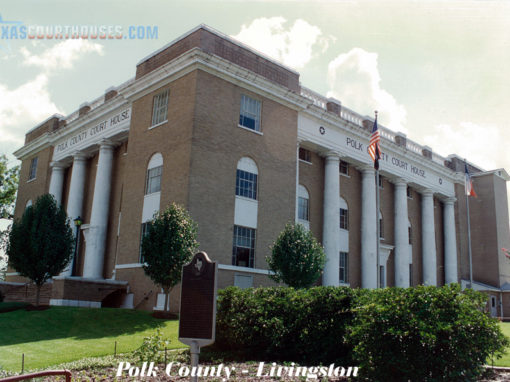 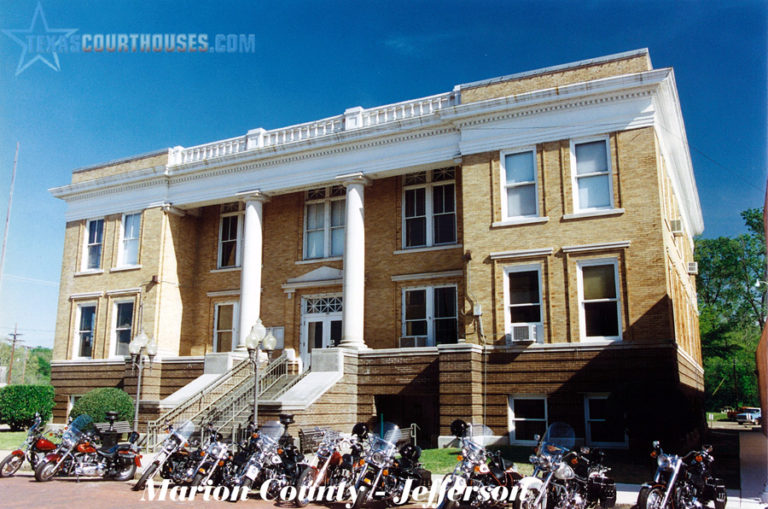