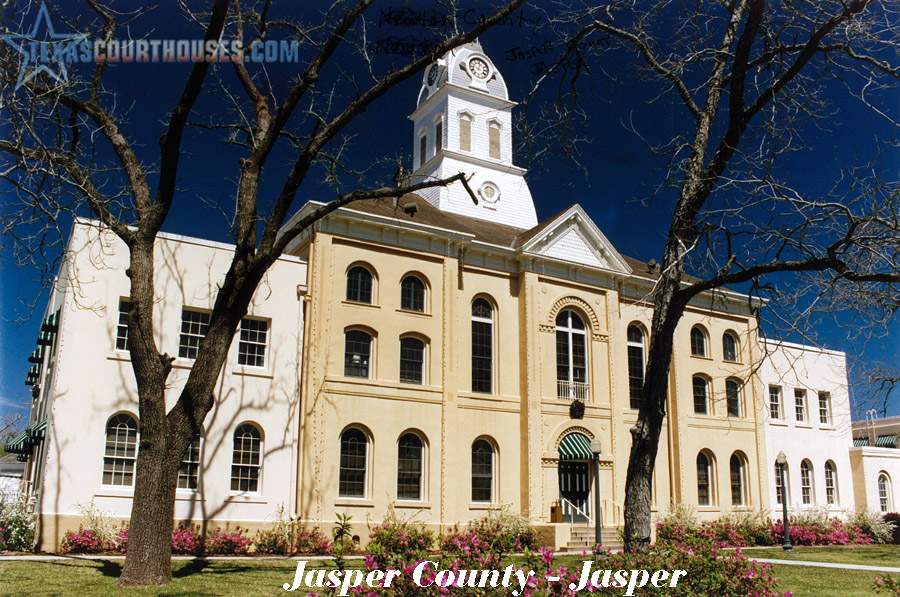 Located in the center of a heavily wooded square in the center of Jasper, the Jasper County Courthouse comprises four distinct building units. The central block, the original structure erected in 1889-90, is a two-story masonry building with a stucco exterior finish. The north and south elevations have not been encumbered by later additions, and are divided into five bays. The end bays and the central bay project out from the mass of the building slightly to form pavilions, with the second and fourth bays being slightly recessed. The main entrances to the original structure are framed by round-arch openings with heavy stucco moldings. The fenestration of the first floor consists of round-arch windows with double-hung wooden sashes. The second-floor openings are primarily of the round arch type, with two segmentally arched openings appearing in the lower section of the end bays of the second floor. The large, round-arch opening centered above the main entrances features the same heavy stucco moldings noted below above the doorways. The original courthouse block is capped off with a simple bracketed cornice, and pediments are set above the central bays of both the north and south elevations.

In 1934, the courthouse was expanded to the east and west in the form of two matching additions. These additions are two stories high, five bays wide, and three bays deep. Their fenestration uses round-arch openings on the first floor and square-headed openings on the second. These sections are otherwise devoid of ornamentation. While these additions did cause the loss of much original fabric on the east and west sides of the original structure, the additions are low and left the original cornice of the 1889-90 structure undisturbed. In the building campaign which resulted in the construction of the two additions, the exterior of the original building was modified. The brick exterior walls were faced with stucco and the roof was simplified slightly. In 1957, the clock tower atop the main building was taken down for repairs and never reconstructed.

In 1960, a further addition was made to the east of the courthouse. This most recent addition, which is referred to as the Jasper County Building, is connected to the rest of the complex by a single-story hyphen. The structure itself is three stories high, and its first floor is cut into the slope of the land. The 1960 addition uses round-arch fenestration on the second floor, with square-headed openings on the first and third floors.

While the photographs submitted with the nomination of this property were taken in 1977, it was confirmed in discussions with the office of the County Clerk that no significant alterations have been made since that date to the fabric of the courthouse. Thus the photos are still current. The courthouse is still occupied by various county offices, and the county courtroom is located on the second floor of the 1889-90 central block.

By virtue of its close associations since the late 19th century with the actions of the government of Jasper County, the Jasper County Courthouse is of great importance in the political history of the area. The continued growth and expansion of county services in the 20th century is reflected by the enlargement of the structure in the 1930s and, finally, in 1960.

Jasper County is one of the 23 original counties of the Republic of Texas, and was established in 1836. It is located in east Texas and bounded on the west by the Neches River. The original eastern boundary of the county was the Sabine River, but that boundary was shifted west by the creation of Newton County in 1846. The rich soil and ready access to river transport were major factors that contributed to the growth of agriculture as the chief economic activity of Jasper County. Sheep ranching was also important, and lumber interests made use of the Neches River to transport their materials to Beaumont for sale.

Jasper was selected as the county seat in 1838, and by 1857 it had a population of 400. The first courthouse, a two room log cabin, was destroyed by fire in 1849 and replaced by a two-story frame structure designed and built by L.O. Mattingly. Forty years later, work began on the original section of the present courthouse, with the design being prepared by the architect E.T. Heiner.

When the functions of county government dictated the need for additional office space, the decision was made in 1934 simply to add more space to the existing structure, and not demolish the outdated building and start over with an entirely new edifice. Thus the political activities long associated with the structure designed by Heiner were allowed to continue in their original building. The county courtroom, located on the second floor of the 1889-90 building, is perhaps the building’s most important space in terms of its political associations with past county judges.

With the additions that have been made to the fabric of the original courthouse structure, it is apparent that the Jasper County Courthouse will be able to meet the needs of county government for the foreseeable future. 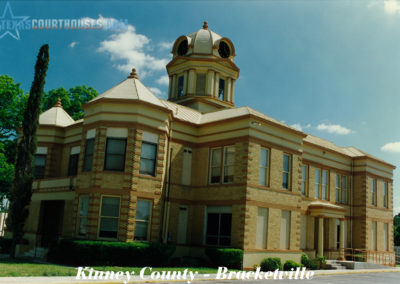 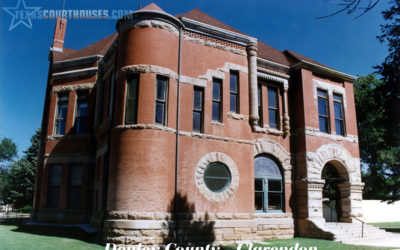