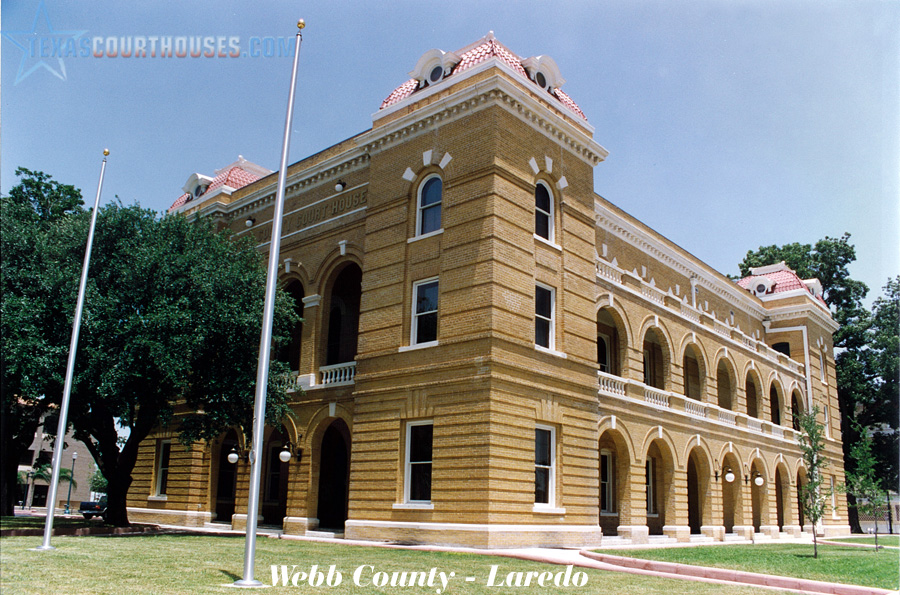 As constructed, the exterior of the courthouse presents a unified facade from all viewpoints and is composed of variations of the theme of the monumental arcade of the front (south) elevation. These arcades also serve to protect portions of the exterior walls from the elements. The architect, Alfred Giles, used axial and terminal accents as evidenced by the mansard-roofed terminal pavilions which serve as distinguishing features of the structure. Each pavilion features stone-carved rams head accents on the corners of the mansard curbs. Another characteristic of the courthouse is an overall massing of elements in symmetrical fashion. Roof-lines of the building are considered quite modish for that period (1909) and include a variety of dormer windows which serve to break the broad areas of the roof surface. Original plans for the building specify a colorful structure of yellow brick with dressings of white stone and red tile mansard roofs.

Pecan and Citrus trees were planted around the Courthouse as part of the lawn and were designed to shade exterior walls of the building and provide a cool, shady area for the enjoyment of city and county residents.

The original interior of the Courthouse is characterized by colorful tile floors reminiscent of a Mediterranean villa. Victorian style wainscoting is applied throughout the interior. An impressive wrought iron trimmed staircase, produced by the Alamo Iron Works, connects the three floors of the courthouse with an ornate, oval, multicolored stained glass window dominating the first floor landing. Doors installed throughout the building are solid wood with beveled glass and brass door knobs. The first floor, designed for county offices, contains a large, open hallway through which cooling breezes can blow.

The present appearance of the Courthouse is relatively unchanged from that of its original appearance. However, time and the demand for additional space by County offices has necessitated various exterior and interior alterations to the building. These changes are identified below: Exterior Alterations 1. Outer Arcades on the north, east and west sides of the Courthouse have been blocked in to provide additional office space. 2. Portholes running along the east and west sides of the structure have been blocked in and painted white. 3. Red tile on roof and yellow brick have faded due to exposure and dirt. 4. Balconies surrounding third floor have begun to chip and crack. 5. Limestone base supporting arcades is deteriorating. 6. Detention center built during the late 1960’s is adjacent, but not attached, to the original building. 7. Black air conditioning ducts for office use jut out approximately 10 feet from several blocked in arcades on all levels. Interior Alterations

1. Carpeting has been installed over original floor in offices and courtrooms.
2. Air conditioning units have been installed throughout buildings.
3. Ceilings have been dropped in offices with florescent lights installed.
4. Courtroom on the second floor was refurbished in the 1960’s including the installation of carpeting and modern courtroom furnishings, lowering of ceiling and updating of lighting.
5. Glass transoms over doors have been removed and replaced with plywood.

The County wishes to nominate the entire block surrounding the Courthouse to the National Register. This block includes two additional structures, the Webb County Jail and Juvenile Detention Center. The Jail, constructed in 1936, is enhanced by art deco details on its front entrance. However, this structure has been in a state of decline for several years because of its age and overcrowded condition. In fact, the County is currently under court order to upgrade this facility as a result of a 1976 lawsuit in which 23 Texas Penal Code violations directly attributable to the antiquated state of the building were cited.
The Juvenile Center is a white cinder block building of approximately 1000 square feet constructed in the late 1960’s.
The Jail and Juvenile Center do not contribute to the historical nature of the site and demolition of these structures would not in any way be detrimental to the historical integrity of the Courthouse of its surrounding property.

The Webb County Courthouse, designed by the noted Texas architect, Alfred Giles, represents one of the finest examples of Mr. Giles’ remarkable ability to handle successfully a variety of new styles rather late in his professional career. The distinctive architectural style of the courthouse presents a combination of Mr. Giles’ earlier, more ornate efforts, with his relatively modish later works after the turn of the century. The Courthouse also marks Giles’ transition from Texan to Mexican projects. The building has been fairly well preserved in its original appearance and thus provides present and future scholars and citizens the opportunity to study and admire the work of this great architect.

When prosperity came to central Texas in the last quarter of the nineteenth century, it stimulated a demand for fine homes and government buildings in the region. Competition for the design and construction of County courthouses during this period became keen. When the Webb County Commissioner’s Court determined to erect the new courthouse on Houston Street in Laredo, the county placed advertisements in selected area newspapers announcing a contest for the best architectural design. Alfred Giles entered and won this statewide competition on February 27, 1907.

Alfred Giles, was born in London, England on May 23, 1853. Upon finishing school and his apprenticeship in England, the young architect came to the United States. Giles decided to settle in the hot, dry climate of Texas for health reasons where he learned to skillfully utilize locally available building materials, especially stone, in his projects.

In 1876 Giles established his own architectural firm and by the late seventies had become a leading architect in the region. By 1885, Giles projects had an aggregate value of over $2,000,000 while employing three assistants. His commissions included numerous domestic and public buildings in San Antonio and the aggressively entered competitions, like the one sponsored by Webb County, inviting designs for county courthouses and jails. Giles completed over one dozen such projects.

The pace for architectural commissions in central Texas slackened in the first decade of the twentieth century for Giles. At this time he turned his attention to Northern Mexico which was experiencing a period of growth and prosperity. Between 1900 and 1910 he designed eight major buildings within four blocks in the heart of Monterrey’s downtown area. In addition, the construction of the Arch of Independence followed his plans as did that of a new tower for the Cathedral, El Roble. He designed buildings in Saltillo, Durango and Puebla during this period, as well as eleven buildings in the state of Chihuahua for General Luis Terrazas.

Returning to the Webb County Courthouse project, Giles was faced with the challenge of designing a courthouse that was symbolic as well as practical. The County charged him with creating a monument to the bonding optimism and spirit infusing Texas during that period. The character of Giles’ work, evident in his solidly constructed domestic examples, his attention to detail, sensitivity to native materials and his respect for the culture of South Texas, was well suited to this challenge.
After its construction in 1909 at a cost of $46,918, the courthouse became the social, political and financial heart of the rapidly growing Webb County Community. During this period, county governments were the states most vital form of government. The Webb County Courthouse became the central point for community activity in the area. It was here that residents could watch the wheels of justice tune, attend to business, and swap opinions. It also housed the records of important occurrences in county residents’ lives such as registers of births, marriages, deaths, trial records and deeds to land.

In response to the continuing growth of administrative and judicial needs of area residents, the County plans to move into a new courthouse within the next 24 months with the older building to be retained for County and community use. Plans for the new courthouse, which is to be located directly across the street from the Giles’ courthouse, are being closely tied to restoration efforts planned for the older Courthouse in such areas as form, materials, design and design appearance. 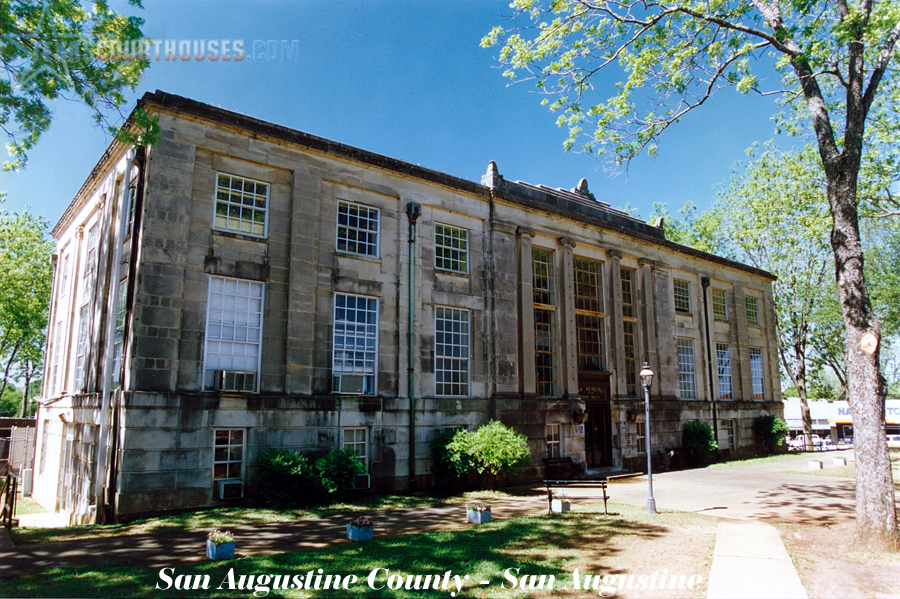 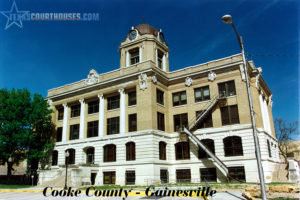