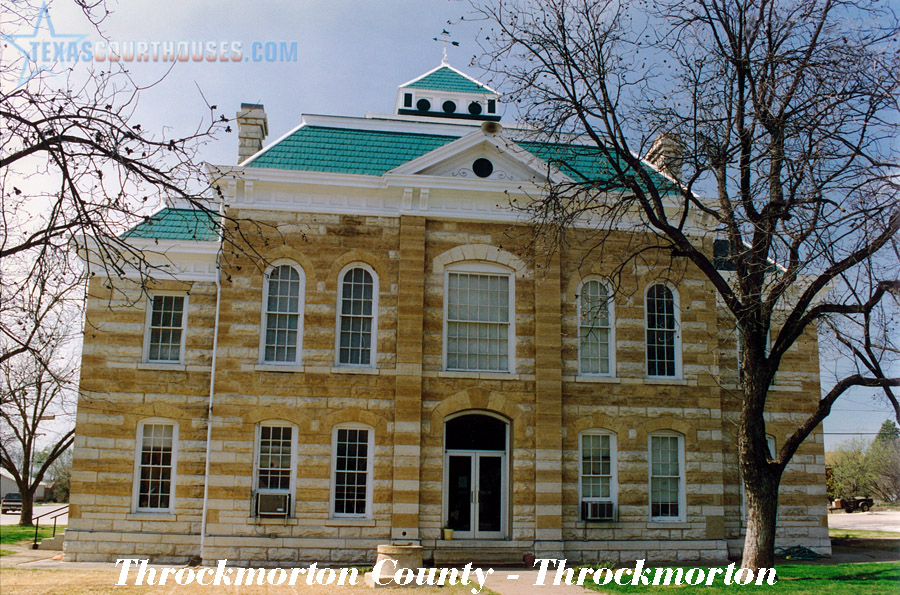 The courthouse is a two-story work with polychromatic walls of light brown and gray sandstone. The exterior is characterized by a large mass expressing the courtroom, flanked by two smaller masses, with a wing that has been added to the west side. A tall tower rising from the center of the mass which once formed a landmark in the community has been replaced by a modest hip-roofed feature.

The exterior masonry is noteworthy. Quarry-faced ashlar two feet thick was employed for the exterior walls while cut stone was employed for quoins, pilasters, and arches over the openings. Round arches spanned the openings of the main mass on the second floor stilted arches spanned the ground- floor openings. A galvanized iron cornice with brackets forms a transition between the wall and the mansard roof. Galvanized was also employed to trim the triangular pediments surmounting the entrances.

Constructed in 1893 the jail replaced a calaboose, “14 feet square and built out of 2 x 6 lumber laid flat ways and spiked together with large spikes, floored and roofed with same material, one door and two gratings.” With walls of brown sandstone, it is straightforward in design and is virtually unmodified on the exterior. Openings on both of the two stories are spanned with segmental arches. A simple stone cornice terminates the walls and a hipped roof with a corrugated iron roofing covers the structure. On the main facade, a frontispiece with a bulls-eye feature and a stepped parapet announces the jail entrance on the east.

The Throckmorton County Jail conforms to typical patterns of late-nineteenth-century detention facility design. The cells were located on the second floor. On the ground floor were the quarters for the sheriff, although these at one time were evidently rented out for other uses.

A small one-story, wood frame storage building is located on the courthouse grounds just west of the addition. The Throckmorton County Courthouse and Jail possess considerable local significance because of their association with the development of West Texas history. Moreover, they are the most imposing structures in the county and are among the few extant examples of nineteenth century architecture in the county.

The courthouse was erected in 1890 when the county had only 124 inhabitants. Located in farm and ranch country, the county was created in 1858 but, due to Indian problems and the Civil War, it was not organized until 1879. In June, 1890, the court ordered the publication of invitations to builders on a new courthouse in the Fort Worth Daily Gazette and Galveston News. In July of 1890, bids were received on a stone building to replace this original frame and clapboard shelter. J.L. Dewees and Jacob Rath were the low bidders on the plans submitted by Martin, Byrnes and Johnston, prominent West Texas builders who also bid on the structure. Although alterations in the plans increased the final cost, the bid of Dewees and Rath was $16,415. For the plans Martin, Byrnes and Johnston received $492.45.

After the contractors posted sufficient bond, construction proceeded in a routine manner. In July the old courthouse was moved and in the following month the cornerstone laying on the new courthouse, performed by the local Masonic Lodge, was announced in the Fort Worth Daily Gazette.

Early in 1891 the courthouse was made ready for occupation with purchase of furniture from J.B. Massie and C.E. Smith for $1,500.

Two cisterns which filled by collecting rainwater from the roof were also included in the work.

Although two of the four county commissioners voted against it (the county judge broke the tie) construction of the jail was contracted in 1893. In May the contract was let to the Pauly Jail Building and Manufacturing Company of St. Louis, Missouri, builders of numerous Texas jails, for $13,000. In June an order which had directed that: the jail be located on the public square was rescinded and the building was placed near Chestnut Street (lot 3, block 29), away from the courthouse. Construction was completed in routine manner and today the jail, an unpretentious but esthetically satisfactory work, continues to function as originally designed. 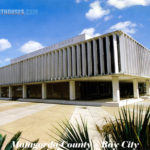 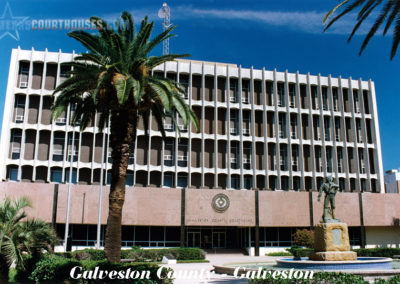