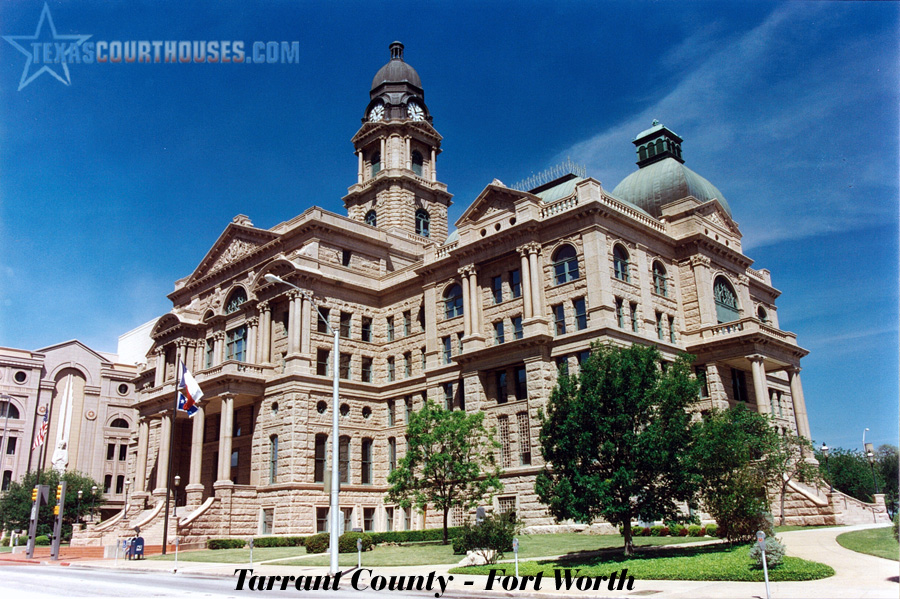 A four story red Texas granite structure with central and end pavilions with central clock tower capped by a domed lantern. The style is Renaissance in derivation and the sides and back of the building are very much like the Texas State Capitol. The main front pavilion, however, is more ornate and Venetian than the State Capitol, with slender paired columns and Renaissance pediments and entablatures. There is a portico with classical balustrade supported by elongated paired “Doric” columns encompassing the first two stories, and applied paired “Ionic” columns at the third and fourth levels. Some crested mansard roofs are visible above the balustrade at the top of the building.

The building stands at the head of Main Street and forms the terminus of the axis of downtown Fort Worth.
Fort Worth, now a booming center for railroads, cattle, and oil began as an army outpost on the Trinity River. The fort was established June 6, 1849, to help protect settlers against Indian raids; until 1853 it was the northern anchor of the army’s first chain of forts across Texas.

Fort Worth was named for General William Jenkins Worth, a participant in the wars of 1812 and 1846, and commander of troops in Texas. The county, created only five months after the fort was established, and attesting to its effectiveness in attracting and protecting settlers, was named for General Edward H. Tarrant, an Indian fighter and one-time member of the Texas Congress.

Between 1849 and 1856, Fort Worth and nearby Birdville vied for the title of county seat. Eventually, Fort Worth won the contest, but only after charges of trickery and subterfuge.

Construction of a county courthouse was delayed until after the Civil War. The building was completed in 1866, but it burned in a fire in 1876 which destroyed all county documents. A second Courthouse, built during 1876 and 1877, was razed in 1894. In 1893, the County Commissioners Court voted to spend $500,000 in the construction of a new courthouse. The size and elegance of the building reflected Fort Worth’s increasing wealth of the 1880s and 1890s; perhaps it also reflected the Commissioners concern with the city’s enormous crime problem.

The Commissioners hired Kansas City architects Gunn and Curtis; they placed the construction contract with Probst of Chicago. Work began in 1893, and ended in 1895 with a domed Renaissance Revival building of red Texas granite. It included four floors and a basement, and closely resembled the Texas State Capitol at Austin. The main pavilion was, however, more ornate than that of the Capitol.

Total cost of the courthouse was $408,840, and the citizens were so scandalized by the immensity and cost that they voted every member of the Commissioner’s Court out of office at the next election. Today, the courthouse is an appropriate size for the needs of Tarrant County, and one of the few changes has been the addition of a new Civil Courts Building. Recorded Texas Historic Landmark 1969. 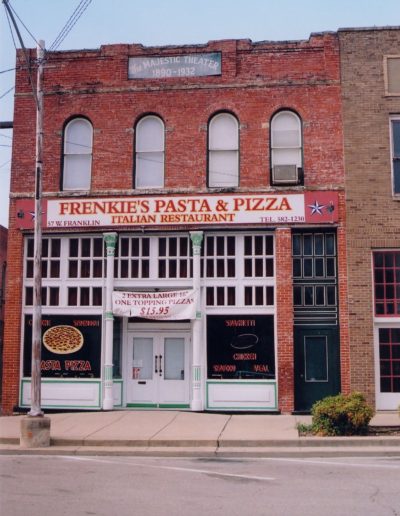 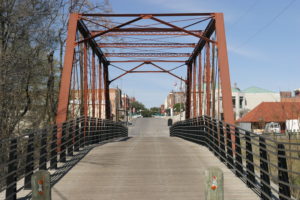