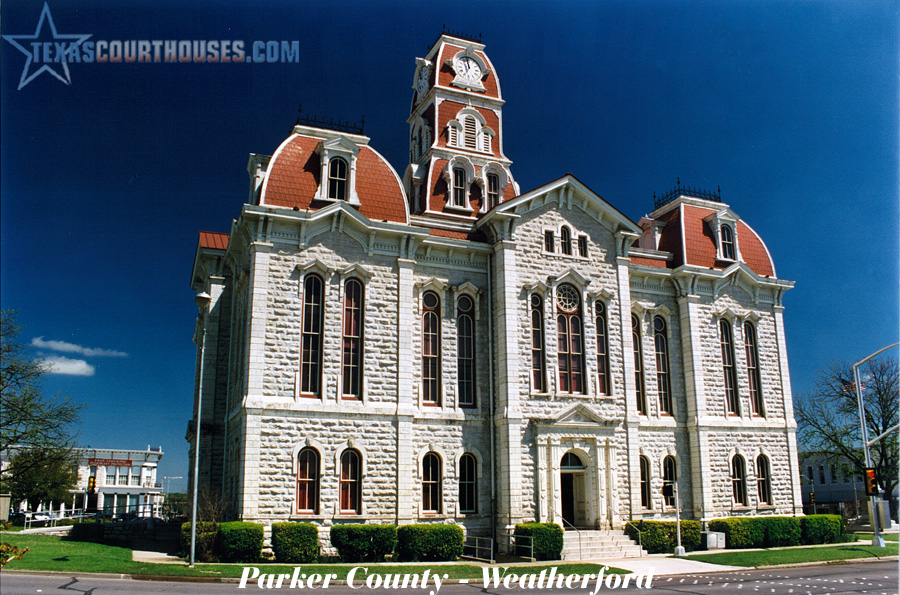 A three-story limestone courthouse with fourth-story attics and a central tower that adds three additional stories. The building is square in plan with four identical facades, each facade divided into five bays by the shallow projection of the central and end pavilions. The end pavilions are surmounted by prominent convex mansard roofs each with four dormers with pedimented architraves above arched windows. The central pavilion have gables and the eaves of the building are bracketed with irregularly spaced brackets of two sizes. The corners of each pavilion have ashlar pilasters contrasting to the rustication of the rest of the fabric. The openings are arched. The first floor windows are of the one-over-one light double-hung sash type. The second and third floor windows are vertically continuous with small pediments above the terminal arch at the third floor. There is a small, somewhat Palladian, arrangement of windows at the attic story of the central pavilions. The tower is arranged so that two convex mansard roofs are united by a vertical section–all shingled. The lowest story has paired dormers with broken segmentally arched pediments on each side; the second story has louvered bell-windows with broken segmentally arched pediments. The top is ornamented with large clock faces with molded archivolts and prominent keystones.

The Parker County Courthouse is an eye-catcher. Its tall central tower and four corner pavilions with handsome mansard roofs are a naive and charming version of the French Second Empire style in architecture.

Parker County is located in North Central Texas. The floors permanent settlers came to the region after 1849. The county was created from Bosque and Navarro counties in December of 1855. The site for Weatherford, the county seat, was chosen from three sites selected by the county commission at that time. For some years, Weatherford was the last settlement on the western frontier between Fort Worth and E1 Paso.

The first courthouse was of rough pine. The second was a two-story brick building destroyed by fire in 1874. A third burned in 1884. The present courthouse is the fourth and was built in 1884-1886 for a cost of $55,555.55. The architect was W. C. Dodson, at that time in partnership with a man named Dudley. Dodson was the architect for at least five other Texas courthouses, two of them, the courthouses of Hill and Hood counties – both built in 1890, with central towers that duplicate this one in Weatherford. 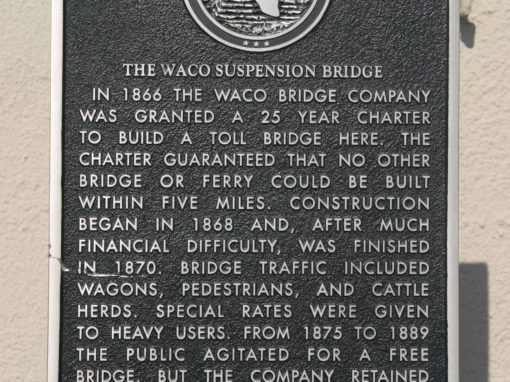 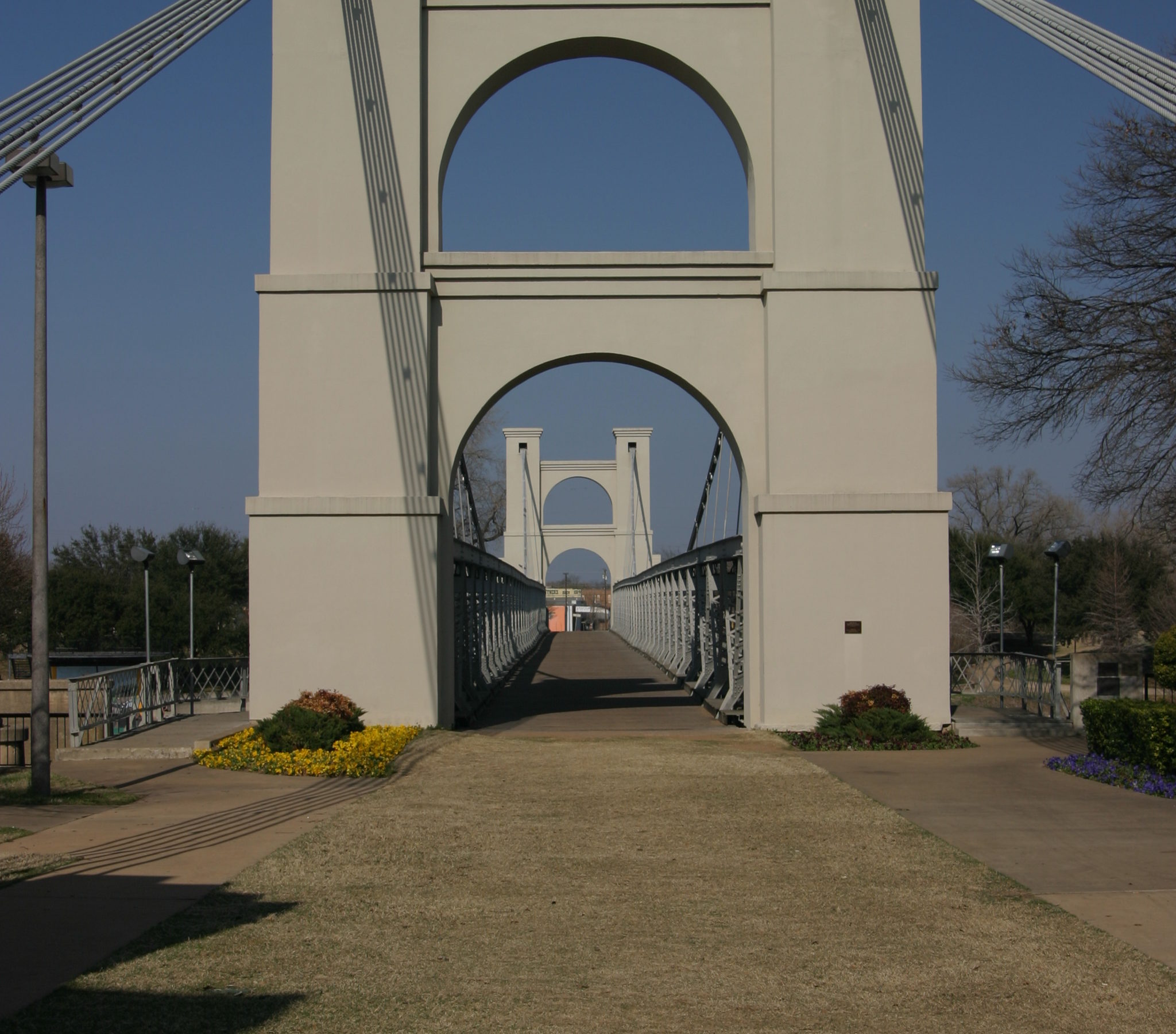