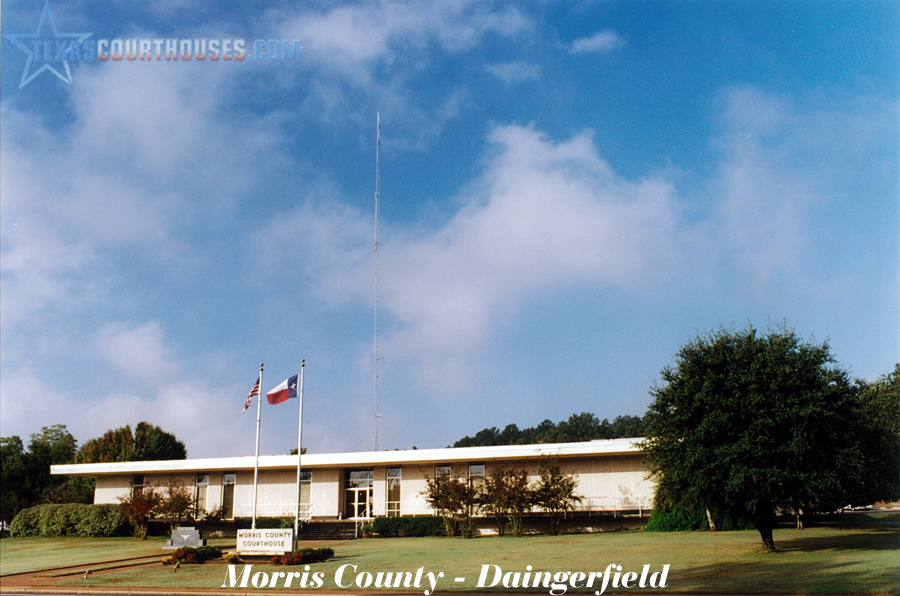 The old Morris County Courthouse located in Daingerfield, Texas is a-two story structure of load bearing brick walls surmounted with a low hipped roof with plain cornice and cupola. Completed in 1882 by the local construction firm of Peterson and Stuckey at a cost of $5,500, the building stands today in wood structural repair with the original exterior fabric largely unaltered.

The front ( west ) facade juts into three planes from the central rectangular block of the courthouse. At the center and southernmost is a three bay enclosed false portico entered through a recessed vestibule with double door and transom on the ground floor and topped with parapet wall. Four brick pilasters rise up through the cornice as square columns with corbeled capitals to form a three bayed corbeled parapet wall with the center bay rising above the two sides. Each panel formed by the pilasters and band contains a narrow 4/4 double wooden window. The pilaster and corbeled brick details continue back along either side of the portico forming a single windowed bay. The remainder of the building contains no decorative brick detailing.

The whole front portico projects from a facade consisting of a single bay on either side of the portico which steps out the width of a bay from the main portion of the building.

Each of the remaining three facades evenly divided into bays with 4/4 double hung wooden sash windows in each bay with the exception of the west facade which contains a double door with transom centered on its westernmost projection and the east facade which contained an entrance, now sealed.

The present roof is white composition shingles, the square cupola is sided in pressed metal decorative sheathing and covered with a dome-like hipped roof.

In plan the courthouse is basically a rectangular central mass with stepped projections extending from each facade, thus increasing the number of rooms with corner light and ventilation. Originally the courthouse was arranged about cross axial halls traversing the building east-west and north-south. However, remodeling of the interior in about 1920 and 1950 has altered the interior plan. A one story brick, shed roofed, mechanical and utility room was added to the rear (east ) elevation. A communications tower is mounted on the cupola.

The interior woodwork, although much altered, was produced locally by the contractor as was the furniture, which included a substantial judges chair and “well cushioned” jury bench. Plumbing was added to the building in 1884. The first electrical wiring was installed in 1915.

Since being replaced by a new structure in 1972 the old Morris County courthouse has been adapted as a county museum and offices for the county historical society. In an effort to stabilize the building repairs have been made in recent years to the roof and cornice, windows have been rebuilt, and interior maintenance performed.

The old Morris County Courthouse was the first permanent seat of government built in one of Texas’s smallest counties (259 square miles), formed in 1875 by subdividing an adjacent county. The courthouse, built in 1882, was not conceived as being architecturally unique. In fact, the contract specified the building was to be identical to the courthouse in nearby Franklin County, now demolished. The building thus represents the competitive and practical spirit of the newly prosperous region; the simplicity of the detailing however belies a rather complex and sophisticated plan designed to efficiently maximize natural light and ventilation with eithteen rooms having corner windows.

Spared demolition in 1972 when the new courthouse was built on a different site, the Morris County courthouse has witnessed nearly a century of the daily civic affairs of a small town and county. John Levi Sheppard was a familiar figure in the courthouse for twenty years as district attorney and district judge until his election to the U. S. Congress in 1900. His son Morris Sheppard who was born and named with the county in 1875, was elected to his father’s unexpired term in 1903 and thus commenced a distinguished forty-two year career in the U. S. Congress and Senate. Efforts are underway to preserve the courthouse as a landmark and center of local history in a town first settled in 1830 and is currently the headquarters of the Morris County first Museum and Historical Society. 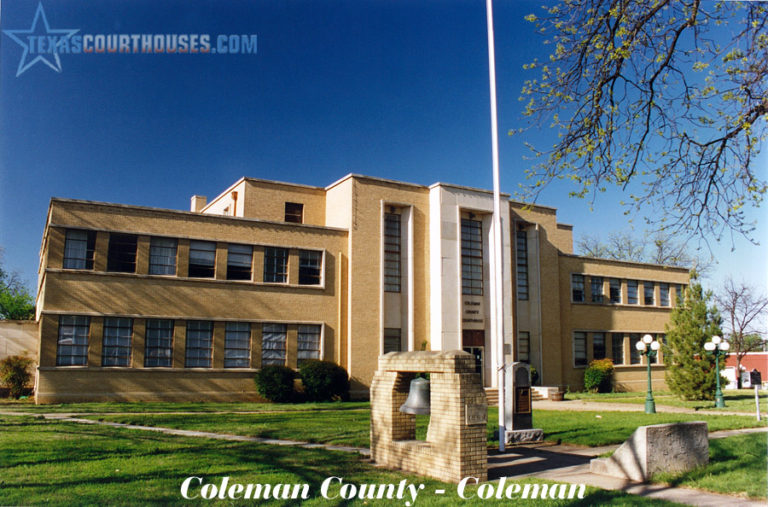 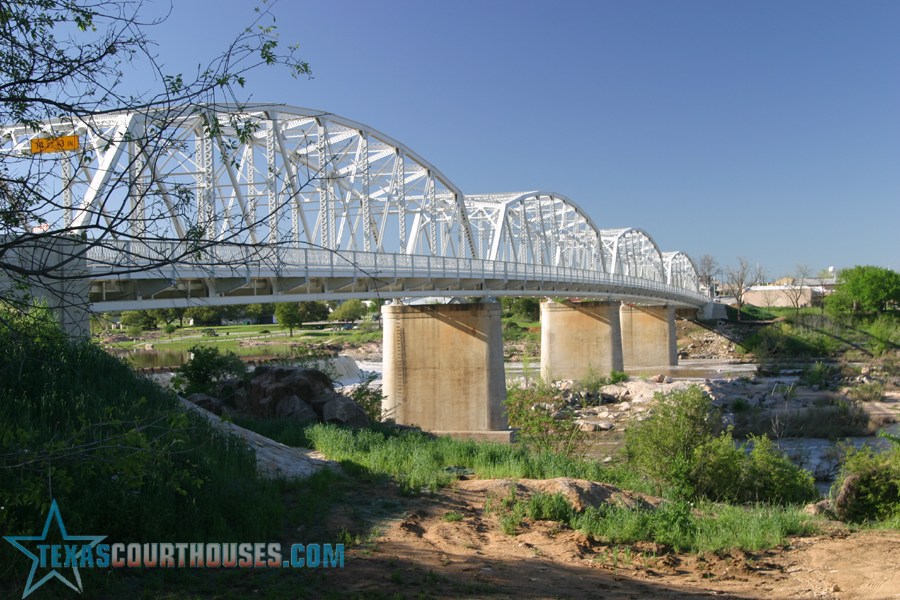