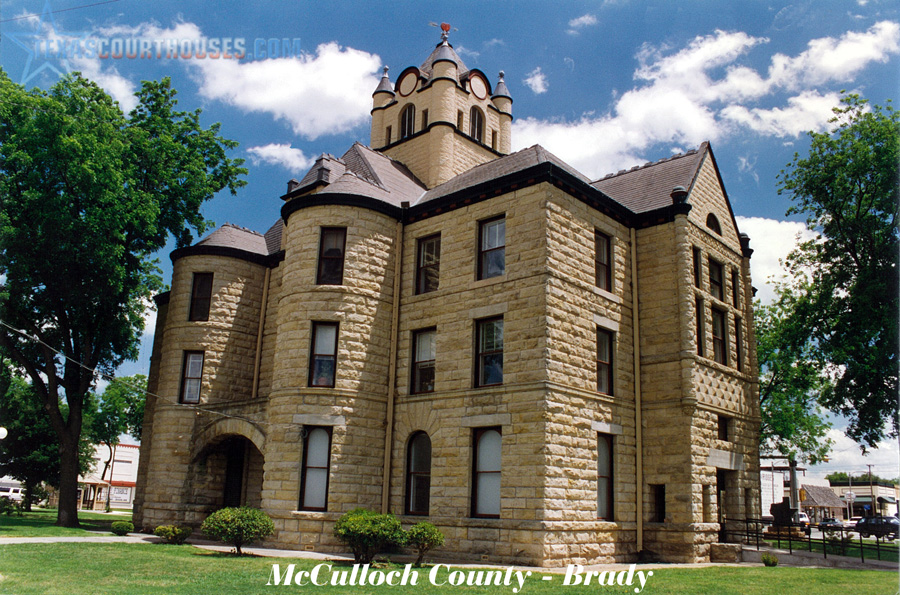 The McCulloch County Courthouse built by Martin and Moodie of Comanche, representing the “Turn Key” Construction Company, is built in a modified Romanesque style. A three story structure of cream-colored native sandstone, it follows the traditional cross axial plan. Built with arched vaults throughout, the interior retains the original wainscoting and stair-railings of what was originally pine woodwork and flooring throughout.

On the exterior, the north and south elevations feature twin turrets flanking an arched entrance with a dormer above. The east and west entrances occupy projecting pavilions with unadorned triangular, pediments above and an ornamental border of diamond-faced cut stone above the door. The corners of the pavilions are terminated by bartizan-like features extending the height of the wall.

A simple cornice and roof combs complete the somewhat spare decorative treatment. Dominating the composition is a rather low square tower, hip-roofed and topped with a finial, with turrets at each corner.

Exhibiting a good state of preservation throughout, the building continues to serve it original function and acts as something of a landmark within the community.

McCulloch County was created from Bexar County in 1856 and named for Ben McCulloch, but not until the 1870’s were the buffalo hunted off and scattered ranches established. Brady, the county seat was started in 1876 and named for Peter Brady a member of the party who originally surveyed the county. The first courthouse was built in 1879.

On May 9, 1899, the County Commissioners met to consider the advisability of constructing a new courthouse. The commissioner met again on May 11, at which time it was noted that “the Plans and Specifications presented by Messers. Martin and Moodie for the erection of a new courthouse. . . was this day by the court adopted as Plans and Specifications to be used in the erection of said courthouse.” On June 16, 1899 the contract was awarded to the firm of Martin and Moodie for their “best and most responsible bid” of $33,000.00. In addition to construction of the new courthouse, Martin and Moodie also agreed to “dig a well and erect a windmill, ten foot wheel, a fifty foot tower and tank, capacity of sixty-seven barrels.” They also undertook to furnish a “granite cornerstone with all inscriptions.”

The building possess local architectural significance. Although somewhat restrained in detail, it is the finest example of the Romanesque Revival style and the most outstanding nineteenth-century structure in the vicinity. 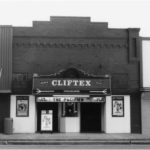 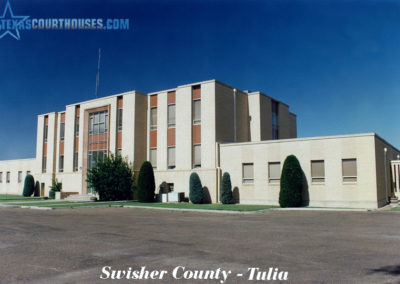