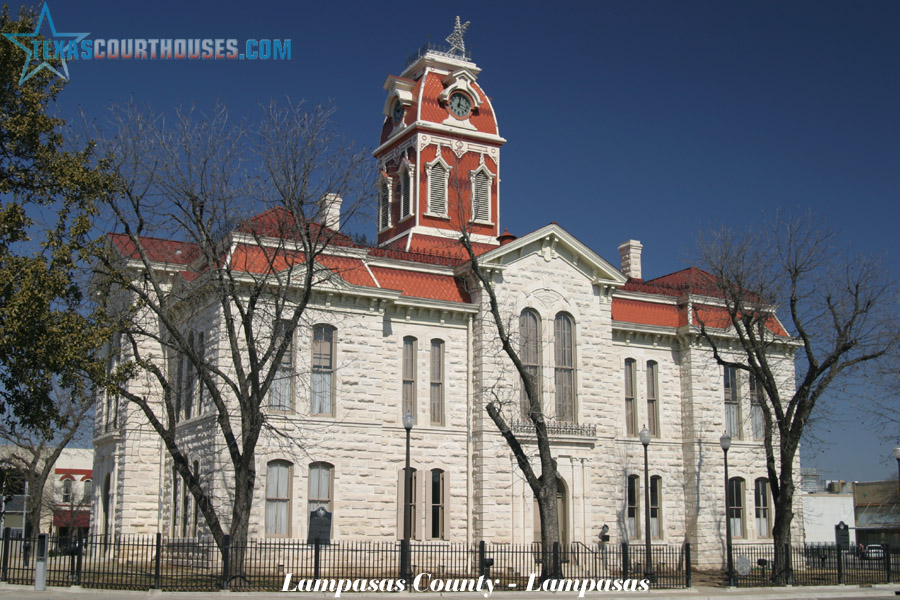 The Lampasas County Courthouse is a Second Empire style, limestone structure designed by the architect, W. C. Dodson. The moderate-size building has an overall rectangular shape with identical five-bay compositions on the northwest and southeast facades and similar three-bay compositions on the northeast and southwest facades. The courthouse has a Mansard roof with a flat deck above the Mansard hip in the central section and double-hip Mansard roofs with Jerkin-head gables covering the end pavilions on the southeast and northwest facades and extending across the three-bay facade of the northeast and southwest facades. The lower hip of the roof has diamond-shaped tin shingles and a standing-seam tin covering on the double-hip portion of the roof.

The facades of the courthouse are treated as though the building were a two-story structure with both a high-ceiling first and second floor. On the interior, however, the upper level is actually divided again, forming a third floor. The upper windows on the courthouse facade actually light both the second and third floors. The floor of the third level is detailed on the exterior elevations as a wide horizontal band in the glazed area of the windows.

The courthouse, built of native limestone, has vermiculite ashlar walls with smooth-faced ashlar used in the quoins, belt course, jambs and window lintels and the entrance portico.

The northeast and southwest facades have a central projecting entrance pavilion which rises to the height of the hip-cornice which divides the double-hip roof. The pavilion has a gable roof with an elaborate cornice. The cornice, which is supported by console-brackets, has returns at the height of the roof plate and a cima reverse crown mold. The cornice which divides the double-hip roof repeats the cornice of the end pavilions.

The northeast and southwest elevations have double doors with a fanlight. The circular doorway opening has smooth faced voussoirs and a keystone, flanked by pairs of pilasters of an inventive design, related to no classical order. The entablature is divided into an architrave and frieze with crests and incised circles in the architrave. The entablature is surmounted by a cornice with a cavetto mold.

Above the first floor entrance on the southwest and northeast elevations are pairs of tall round-headed windows with a relieving arch joining the two windows into a large design of a single unit with a round, semi-circular arch. Triple windows flank the entrance pavilion on both floors. The central window in each of the four three-window compositions has a hood-like semi-circular lintel with keystone. The flanking windows have hood-like segmental arch lintels. All windows in the courthouse are casement type.

The entablature on the main block of the courthouse compliments that of the central pavilions and has a pair of brackets over the quoins; pairs of small brackets extend the width of the frieze, alternating with larger, single console brackets. There is a box cornice with a cima reverse crown mold, identical with that on the pavilion gables and the cornice between the two hips of the Mansard roof. Small decorated gables appear over each of the triple windows. The bell tower has a convex Mansard roof with a deck above. The Mansard roof tops a tower chamber with two louvered windows on each facade. The windows have pilaster capitals and gable- like pediments. There is a decorative entablature and a cornice at the base of the Mansard roof with a cornice forming the base of the deck. The four clock faces have pedimented circular architraves and detached sills. The entire bell tower is covered with diamond pattern tin shingle such as are found on the surface of the lower hip- section of the Mansard roof.

Lampasas County, named for the Lampasas River, encompasses 858 square miles and was created from parts of Travis and Bell counties February 1, 1856, and organized March 10 with Burleson; thereafter known as Lampasas, as the county seat. The city of Lampasas was incorporated in 1874.

Before Lampasas County was created, John Burleson, an early settler, deeded land to his daughters, Elizabeth Scott and Martha Moore. Elizabeth laid out lots for a town and designated the site for the courthouse and public square.
The first courthouse was a frame structure, which burned December 24, 1871. Those records not lost in the fire were destroyed by a flood soon after, on September 27, 1873. Both the destruction of the courthouse and county records occurred at an unfortunate time, for land developers sought to move into the county, and in 1875, Lampasas farmers were forced to form an alliance as a defense against encroachments.

From the time of the fire of 1871 to the construction of a new courthouse in 1883, each county official was forced to locate his office in the most convenient location possible. Thus, various county offices were scattered throughout the town.

By 1882, the necessity for a substantial courthouse had been fully realized, and County Commissioners A.J. Northington, Matthew Roach, N.F. Meeks, and H. Wallace hired W. C. Dodson as architect and contractor. Dodson chose native limestone as his building material, and excavation began in 1882. Much of the work was done by convicts who were in Lavaca County, helping to build the Santa Fe tracks west.

The external appearance of the courthouse has remained substantially unchanged although the interior has been remodeled and air conditioned. 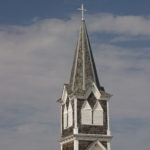 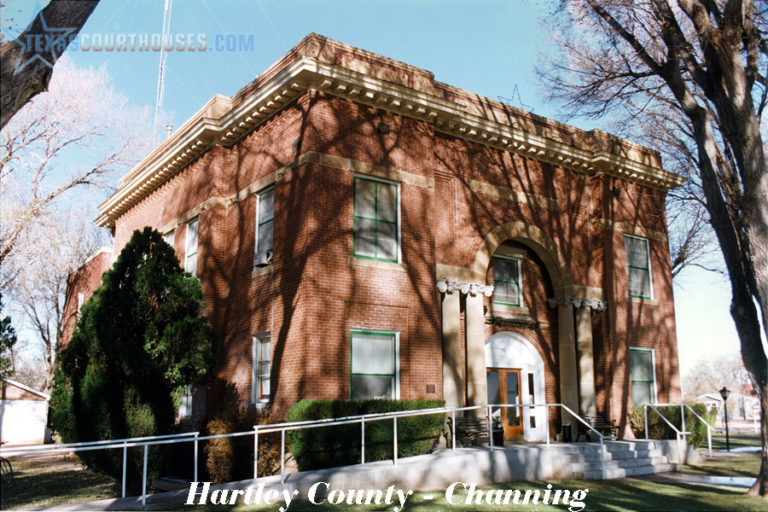