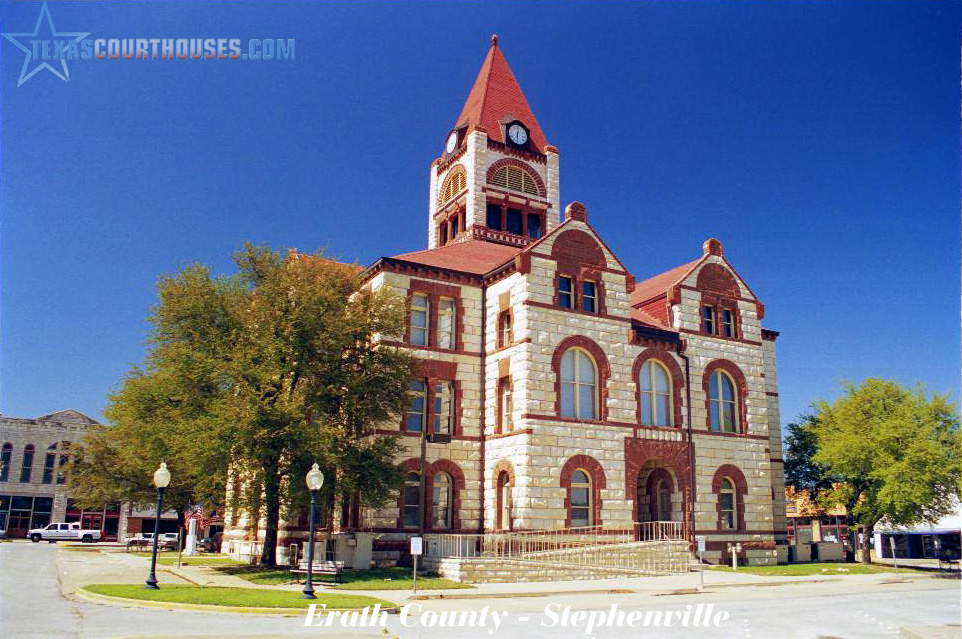 The Earth County Courthouse, a vividly polychromatic structure of native white limestone and red Pecos sandstone, is three stories in height and 80 feet by 60 feet in plan dimensions. It has an extreme height of 95 feet.

The concept of the floor plan is similar to many Texas courthouses, although the perimeter, with its rhythm of recessed planes and projecting pavilions appears only in the work of J. Riely Gordon. On the first level, intersecting corridors divide the floor into four quadrants containing offices for the treasurer, county clerk, tax assessor, and county judge. Stairways at–the-east and-west vestibules lead to the second story containing district courtroom and offices. On the third level are additional offices.
The supporting walls for the tower extend through the center of the building, necessitating some departure from the traditional Texas courthouse plan where the courtroom is usually symmetrically positioned. In the Earth temple the courtroom is located on the south side of the second floor corridor which is offset to pass around the tower walls on three sides. On the ground level, small openings allow corridor circulation to pass through the supporting tower walls.

The massing of the courthouse emphasizes appropriate components. Each facade consists of a five-part composition dominated by the central tower which was the focal point of the surrounding area. Rather than creating corner and entrance pavilions as was ordinarily done in Texas courthouse design, Gordon brought the two intermediate bays forward and crowned-them with triangular pediments–a composition of masses that he also would later employ on the courthouses for Victoria County and Fayette County. The east and west entrances which open into the stair vestibule, along with the north entrance, are accented by the flanking pavilions and a modest balustrade, while the south entrance is somewhat subdued by the second-stormy wall which is flush with the face of the pavilions. The variation in the second story treatment on the south was necessitated by the large space required for the district courtroom. On the north side only, Syrian columns support an entrance arch, thus providing an additional variation.

The central tower with its steeply tripped roof dominates this composition. A Howard clock with four faces was installed several years after the construction was completed by in 1950, the mechanism was replaced by an electric clock.

Other subtle details contribute further to the richness of the exterior. Below the water tablets a course of red sandstone; this material also was used for the water table and stringcourses the latter of which form the window sills. On the second and third stories, the center piers of the openings have rudimentary capitals. Finally, the composition of the main mass of the building is surmounted by a cornice with red sandstone consoles; the pavilion gables also are capped with red sandstone. On the north, east and west the gables are decorated with geometrical features with contrasting colors.

The interior finishes were also noteworthy. While plaster walls were used throughout, the corridor floors were covered with marble tiles of contrasting pink and gray colors laid in checkerboard patterns. The stairs were built with prefabricated iron components.

In 1950, the courthouse was remodeled. Aluminum windows were installed, the interior was painted, exterior walls were sandblasted and a new roof of rigid asbestos was added. Otherwise the historic architectural fabric remains relatively unchanged marking the structure as being of historic and architectural significance to the county.

An outstanding example of Romanesque Revival design, the structure possesses considerable architectural significance. A picturesque composition, it is among the many fine courthouses designed by J. Riely Gordon and represents the first phase in a three-step evolution of the traditional courthouse from a plan type based on a square with crossing corridors, to a plan type with a central open court, and finally to a plan in cruciform configuration with a central air shaft and masonry tower replacing the court of the second phase. As such, it has regional architectural significance and should be included among a group of county courthouses in Texas that represents Gordon’s creative approach to the evolution of a unique courthouse plan.
Earth County was settled in the 1850’s by John M. and William F. Stephen who established Stephenville which with the organization of the county in 1856 became the county seat.

The first courthouse in Earth County was a free, building: built at the time the county was organized. This structure burned in 1866, destroying all county records. Following the fire, the Commissioners’ Court leased a commercial building until the second courthouse was completed in 1867. A two story structure of rock, it cost $11,876.00 and served the county for 24 years.

On June 14, 1891, the Fort Worth Daily Gazette reported that the Earth County Commissioners’ Court was prepared to receive bids for the construction of a new courthouse. In the meantime, however, action on the matter was delayed pending the outcome of an election on the question of moving the county seat to Dublin. When the vote determined that the county seat would remain in Stephenville the Commissioners awarded the contract for construction of the county seat to architects J. Riely Gordon and D.E. Laub and contractor S.A. Tomlinson of Fort Worth. The contract cost was set at $59,173.00. Tomlinson was to raze the old courthouse at a cost of $350.00 making the total cost of the project $58,823.00.

On December 3, 1891, the cornerstone was laid with full Masonic ritual by the Stephenville Lodge Number 267. Inside the hollow corner stone, “hewn out of our white limestone, with appropriate carvings and inscription”-were local newspapers, a pint of whiskey and several pieces of jewelry.

The building was received by the county in 1892 and continues to serve its original function. 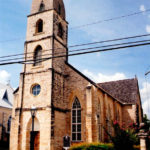 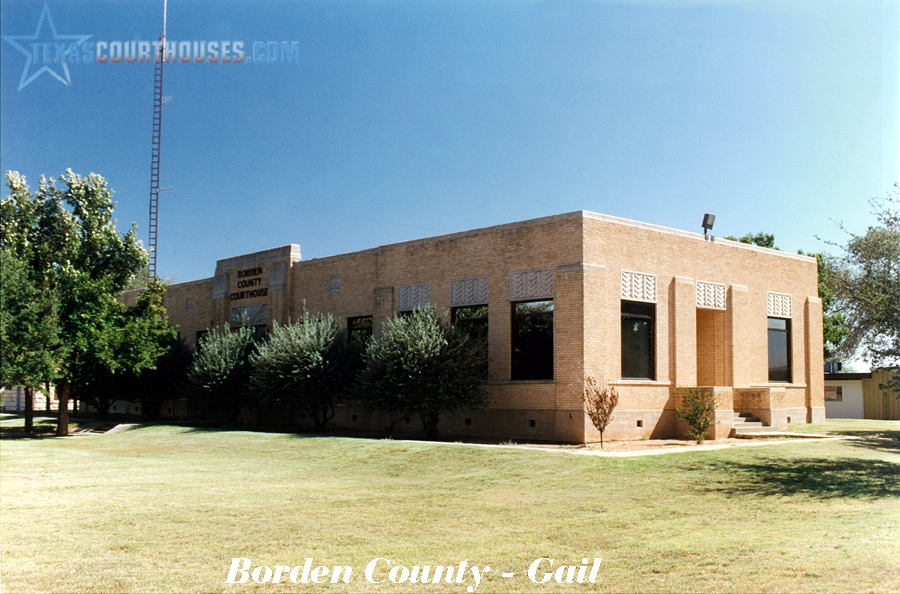