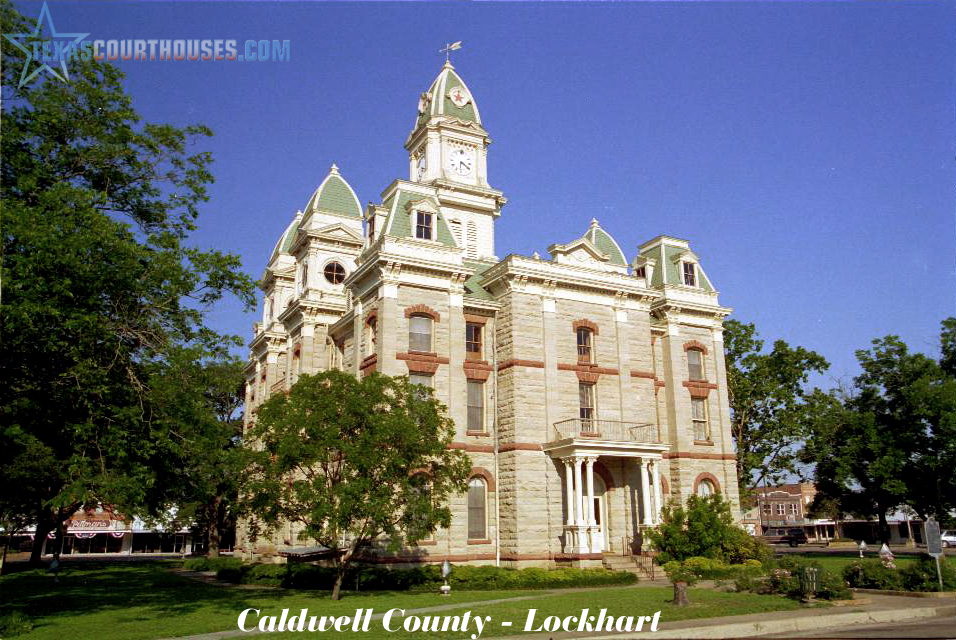 Three stories in height the structure is characterized by dominant Mansard roof and a high central tower with a fourway number sixteen Seth Thomas clock and a 900-pound bell. The elevations reflect a broken massing in which projecting central pavilions define entrances at all four sides. On the north and south facades, two secondary towers flank the arches at the main entrance. At the east and west entries porticos were added to the design shortly after the contract was awarded.
The commissioners’ court minutes from May 15, 1883 note the added cost of $600. Recessed bays flank the entrances and terminate in projecting pavilions at each corner. The walls were of rusticated masonry and cream colored stone. Openings in each floor were spanned by round, flat or segmental arches. All quoins, arches and sills were specified in the contract to be of “red muldoon stone.” Aldo the walls were accented by contrasting stringcourses. They were further enhanced by cut stone pilasters and a strongly articulated cornice at the center and corner pavilions. The roof was to be finished in “unfading black slate.”

The plan reflects little of the exterior massing. It is characterized chiefly by the cruciform pattern of the intersecting main halls. On the first floor are offices of the county clerk, treasurer, and tax assessor, along with records storage. The second floor houses offices of the county sheriff, county judge, district courtroom and a law library. Recently the district courtroom was converted into office space with the installation of drop ceiling and plastic paneling. The district court was relegated to a small room on the third floor. Also on the third floor are the offices of the Department of Public Safety, county attorney, unemployment, social security, FHA, county agent, sanitation and parks and wildlife departments. From the beginning the courthouse was equipped with electricity. The contract also specified four water closets, two to be placed on the first floor and one on both second and third floors. Earthenware wash-out closets with tanks above to hold nine gallons were called for, along with, “ten wash-out bowls of porcelain lined with iron.” One writer states that the water bill for operation of these fixtures was so high that an irate judge ordered padlocks put on the restroom doors.

Apart from modifications to the second floor, the disposition of the interior space is largely historic. The builders, Martin, Brynes and Johnston, were empowered to outfit the courthouse in every detail including furnishings, some of which are still extant. The offices of the county and district clerks retain some of the historic furnishings. Handsome beaded wainscots are extant in parts of the buildings and the stairs have been left untouched. A finely carved and stained balustrade contrasts with the white walls and risers. Some of the original courtroom benches now line the halls. The original ceilings for the most part have been covered with acoustical tile but in several of the offices the historic treatment remains visible. The specifications called for second-and third-story floors to be borne on steel I beams with “corrugated iron arches number twenty-two and on the bottom flanges of these beams and long channel bars built into the wall.” All ceilings not of corrugated iron were to be of “beaded iron.”

The courthouse remains in use today with only minor alterations of the original architectural fabric. There have been no major exterior changes, only the roof has been repaired as necessary. Interior modifications have been somewhat more extensive. Air conditioning has been added and in 1969 a small elevator was installed.
The first courthouse was built immediately after the organization of the county, in the area designated as the town square. Presumably a simple framed structure, the cost was, “not the exceed $200, half paid when the building was completed and the other half paid twelve months later.”

In 1856 this building was ordered sold at “public outcry” in preparation for the construction of a new structure. In 1857, Caldwell county built a second courthouse, a two-story edifice of limestone in the Greek Revival style. It was forty feet wide by sixty five feet long with bell and cupola on top.

By 1890 some controversy had arisen over the construction of a new courthouse to replace the antebellum structure. Rival newspapers, the Lockhart Register and the Lockhart Post, covered the lively public debate. One contributor commented, “The present courthouse is 32 years old, it is too small and the limestone with which it is built is very dirty, we need a new one” In spite of of counter arguments that a new courthouse would be “waste of public money” and “larger than the town will ever need,” the county commissioners voted on April 10, 1893 to consider “bids, plans and specifications for a new courthouse to cost between $40,,000 to $60,000”.

On April 27, 1893, the commissioners’ court approved drawings for a three-story building in the SecondEmpire style submitted by the firm of Martin, Byrnes and Johnston at a projected cost of $54,350. The design itself was evidently the work of British-born architect Alfred Giles, one of the most active architects in the state at that time. The Goliad County Courthouse built in 1894 by Martin, Byrnes and Johnston is also attributed to Giles and was virtually identical to the Caldwell County Courthouse.
The cornerstone was laid with Masonic ritual on August 15, 1893. On March 19, 1884, the commissioners’ court received the courthouse and commended the supervising architect for “The faithful manner in which he performed the duties incumbundent on him.” The courthouse today continues to perform the original function with only minor changes in the architectural fabric. 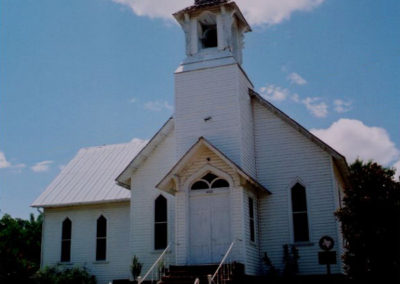 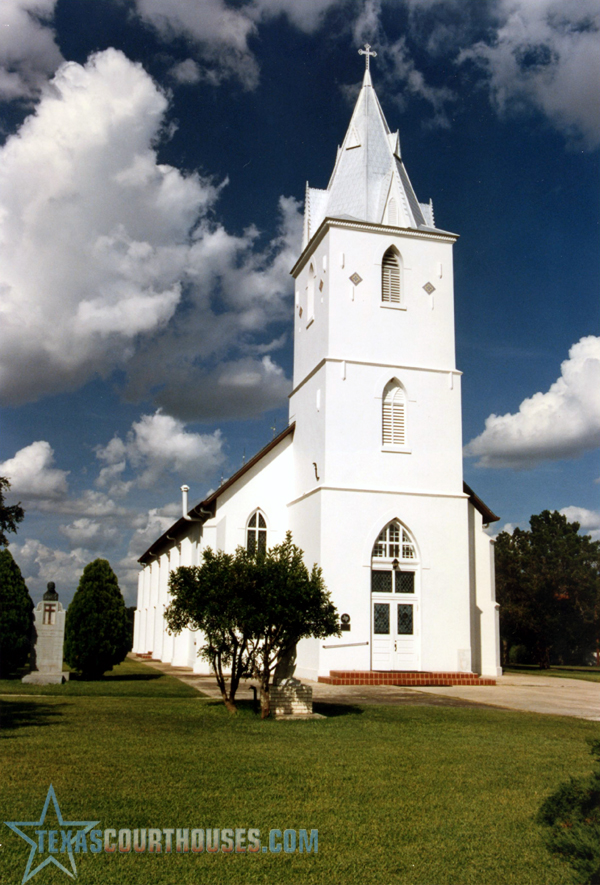