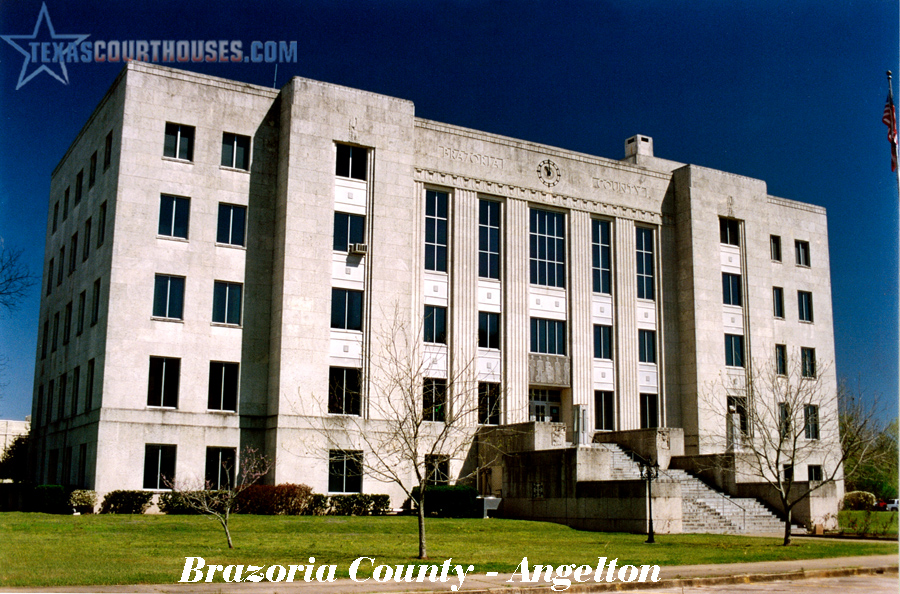 Located on a two-block square, this County Courthouse was built on the same plans that had been used for the construction of the Courthouse in the nearby community of Bay City in the adjacent Matagorda County. The plans developed by Houston architect Eugene T. Heiner, who also designed a number of courthouses for other counties, conformed to the general trends of the period. They called for a rectangular building with offices on the ground floor and courtroom and offices on the second story. As was typical corridors extending through the building on the two axes on the ground level provided communication to the various spaces. The high-ceiling courtroom was well expressed by the exterior mass and large windows. In 1897 the building was accepted by the commissioners’ court as being complete.

The building was substantially built with masonry. The exterior walls were stone veneered with Houston face brick, with stucco trim.

In 1927 the building was remodeled after the plans of J.A. Tempest. A tower, which was ninety feet high and located on the south side, was removed. Additions evidently were made on the east and west; original roof details were removed and Italian Renaissance features were added on the south. The center section on the north facade with its Roman and stilted arches is the most original in design. Exterior walls were covered with stucco. Noteworthy features on the interior include iron stairs, oak rails, and Art Nouveau decoration.

Located to the south is a 1940 Art Deco courthouse, to which an addition was made in 1976. The 19th-century temple has been converted into a library.

The old courthouse building possesses architectural and governmental significance. It was built shortly after the county seat had been moved from nearby Angleton–only two years earlier, a beautiful and expensive Romanesque Revival temple of justice designed by James R. Gordon had been completed. The Angleton building has served county functions for over three-quarters of a century.

The history of Brazoria County dates back to the days in which Texas, along with Coahuila, was a part of a co- state of Mexico. Under Mexico, the municipality of Brazoria was organized in 1832. A group of Stephen F. Austin’s “Old Three Hundred” colonists settled within the boundaries of the present county. Late in 1835, following the Texas Revolution, Brazoria County was established as a part of the Republic of Texas. Prior to the Civil War, sugar and cotton plantations produced much of the county’s wealth. After the war the economy declined, but near the end of the century agriculture again was contributing substantially to the county prosperity.

When the county was organized in 1836, the town of Brazoria was established as the county seat. By 1837 it was reported that the community contained “a handsome courthouse and many neat dwellings.”

By the 1890s county prosperity had developed sufficiently to finance a new temple of justice. In 1893 the old courthouse was condemned and bids, to be accompanied by plans and specifications, were invited. However, for an unknown reason, all bids were rejected. After a committee visited courthouses that had been designed by George Dicey, Eugene T. Heiner, and J. Riely Gordon, the commission was awarded to Gordon for a new courthouse, which was built in Romanesque Revival style.
At about the time the commissioners’ court accepted the new building the town of Angleton was founded. To attract transportation interests, land was donated to the Velasco Terminal Railroad. Shortly thereafter, in an election, county voters determined that the county seat should be removed from Brazoria to Angleton. After the seat of government was moved the former community declined.

In 1896 county commissioners advertised for bids on a courthouse and jail “depicting those at Bay City.” Early the following year the privilege to use the plans for these buildings was purchased from architect Eugene T. Heiner of Houston. The courthouse was then built by contractor Tom Lovell for about $30,000. This edifice was remodeled in 1927 according to the plans of J.A. Tempest.

After another new courthouse was erected in 1940, this building was converted into a library. Subsequently in 1976 a large addition was made to the 1940 building. 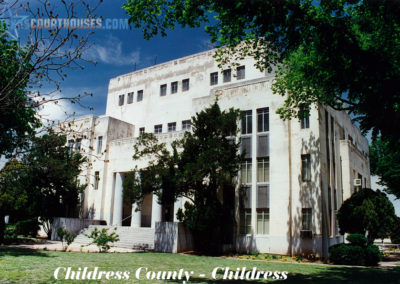 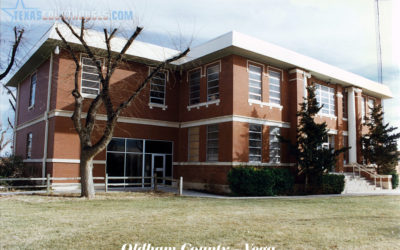