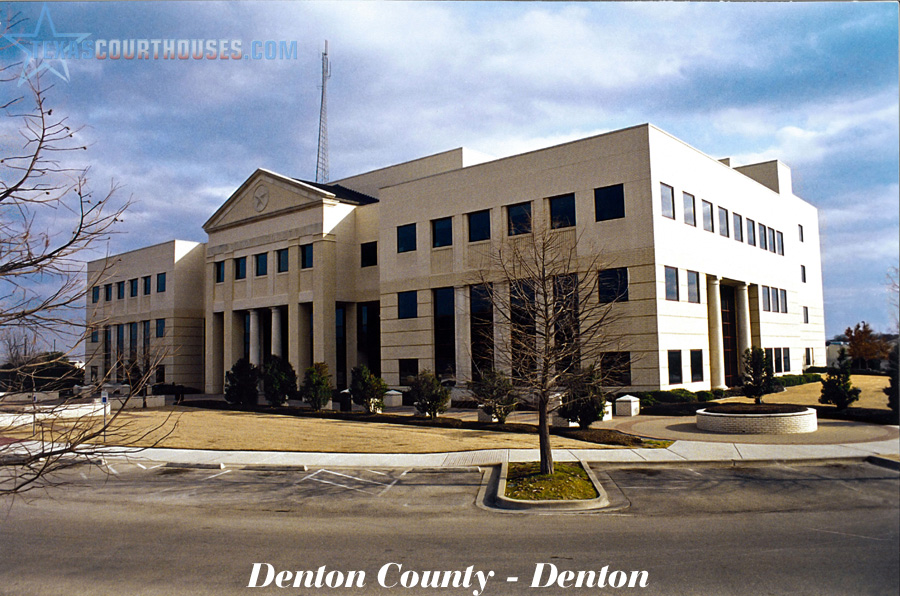 In the Denton County Courthouse in Denton, architect W.C. Dodson, a prominent figure in Central Texas architecture, modified the traditional cross-axial plan to allow the erection of a high central masonry tower. In the three story structure, the large central spaces including the courtroom were placed on either side of a single main corridor, allowing the supporting walls for the tower to pass through the center of the structure.

A corridor running east-west provides the main circulation space. On either end is a large stair prefabricated from cast iron components. As is typical of Texas courthouses, offices of the county clerk, tax assessor, and tax collector are located on the ground floor while the large district courtroom and offices of the district clerk and judge’s chambers are situated on the second floor. The third floor contains additional offices. Handsome materials were used on the interior. A paneled wainscot adds to the richness of the corridors and stairways. This paneling along with the doors and door openings are finished with oil, highlighting the natural beauty of the wood.

Centered in the public square atop an eminence, the Denton County Courthouse is comprised of a group of imposing masses. Each facade consists of a five part composition with a projecting pavilion emphasizing the entrance. Each entrance pavilion is enriched by a Roman- arched opening, two ranges of columns and a triangular pediment. At each corner is a series of balconies surmounted by a tower with an ogival roof.

The dominant feature of the composition is the central octagonal tower rising above a broad platform with four ancillary domes, a composition which was most certainly inspired by the dome of the Cathedral, Florence Italy (1296). Two columns support the cornice over an observation platform in the tower base and a railing is formed with masonry units.

Openings are spanned with stone lintels throughout, except at the entrances and the corner towers. The tower openings are spanned by Roman arches. Each entrance is emphasized by a Roman arch flanked by rectangular openings resulting in a composition of voids recalling the Palladian motif. Above the entrance columns bearing on pedestals support balconies with stone rails.

Masonry of harmonizing hues produces an impressive facade. The walls were tan quarry-faced sandstone in ashlar pattern and the column capitals were carved in a basket weave motif in red stone from the Ganzer quarry. The voussoirs, water table, string courses, and lintels are of cut sandstone in light brown color. The column shafts were of pink granite from Burnet. These columns, eighty in number, were fabricated in Fort Worth and were among the first to be finished with electric equipment. They were employed in the pedimented century pavilions at each facade and in balcony features at each corner.

Other decorative features contribute a subtle additional richness to the exterior. Stone carvings ornament the cornice which is surmounted by a balustrade, the posts of which are also enhanced by carved stone details. A bull’seye window accents each pediment.

The Denton County Courthouse possesses both architectural and historic significance. In Romanesque style, one of Texas’ most prominent nineteenth-century architects created a building with extra ordinary richness incorporating a combination of forms that is similar in concept to many other courthouses but unique in composition. Since the founding of Denton, the public square on which this temple of justice is located, has been the focus of political activities in the county and the present courthouse has been the center of local government for threequarters of a century.

Denton, county seat of Denton County, was established in 1857 and named, as was the county, in honor of John B. Denton, whose remains are buried on the courthouse lawn. On a hundred acres of land donated by Hiram Cisco, William Loving and William Woodruff, the fourth county seat of Denton County, Texas was established and lots were sold at public auction on January 10, 1857. The first courthouse was a frame building on the north side of the square. It burned in 1875 and was replaced by a brick structure designed and built by J.H. Britton in 1876-1877. The building was located in the center of the town square.

After twenty years of service this structure ceased to be satisfactory and public pressure mounted for the construction of a new courthouse. On February 16, 1895, the Fort Worth Daily Gazette reported that, “several parties secreted on the upper stairway supplies of barrels, coal scuttles, bricks and the like, and at a given signal turned them all loose down the stairs creating a fearful state of mind of those familiar with the conditions of things.”

On July 3, 1895, the Commissioners’ Court authorized the construction of a new building specifying “the Romanesque style of Architecture for the Denton County Courthouse as shown in the design prepared by Architect J. R. Gordon.” Subsequent study of Gordon’s plans resulted in his discharge for some reason not recorded. The commission was then awarded to architect W.C. Dodson who was ordered to prepare plans, specification and details, as well as to supervise construction by contractor Tom Lovell. Dodson was to receive a 5% commission based on the cost of the building which was $100,000.00. Completed in 1896, the courthouse continues to serve its original function. 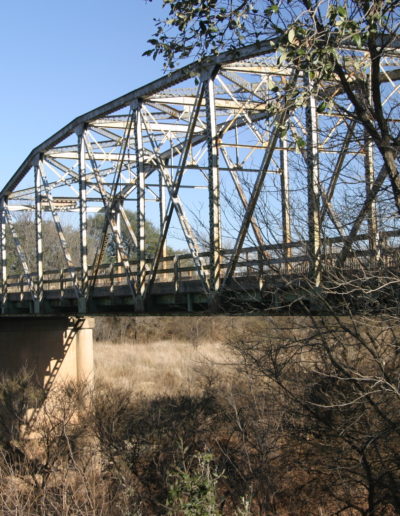 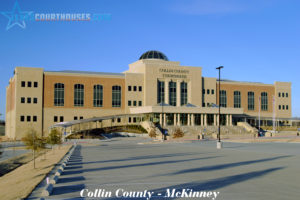