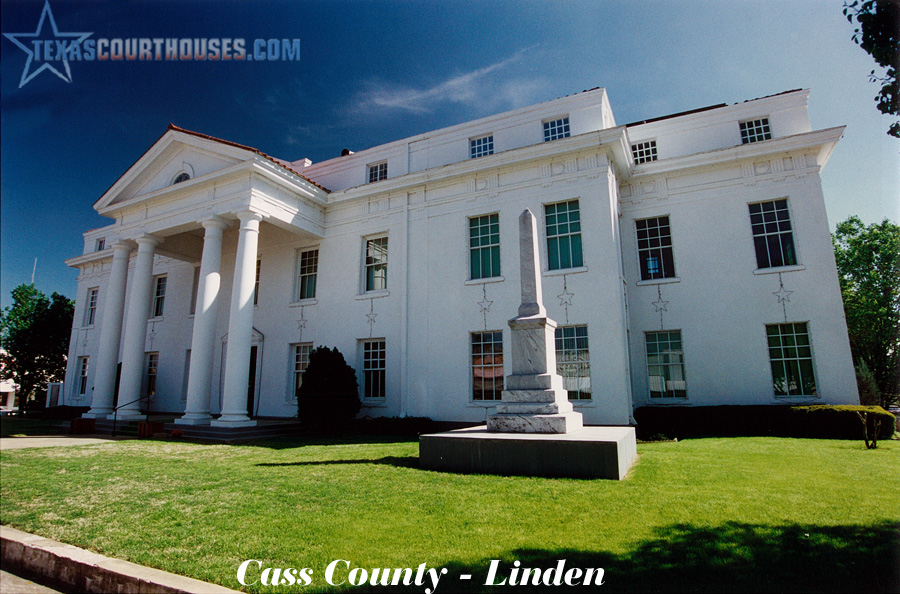 Apparently the original frame courthouse in Linden was not regarded as suitably fireproof and the structure was sold to a church, moved, and a brick structure was begun in 1859 at the same site. Built of locally made brick by J. Thomas Veal and L. W. Lisenbee, the 50′ x 60′ structure was not completed until after the Civil War. Offices were located on the first floor and the classroom and Jury rooms on the second floor.

County Judge Charles Ames was paid $50 for drawing a plan and writing the specifications. He specified 12′ high ceilings, tongue & groove floorings, four fireplaces with brick chimneys, three sets of double doors with lights over the doors, sixteen windows of six over six lights for the first floor, eighteen windows of six over six lights for the second floor, a hipped roof (girders to be 8″ x 16″), roof painted a lead color (indicating it must have been metal), a 10′ square cupola 23′ high with a zinc covered dome, crowned with a and a 2′ diameter wooden ball, both covered with gold leaf, painted “Spanish brown” inside and outside.

The first addition was built ca. 1900 when a 15′ wing was added to the east side of the building by B.H. Singletary of Atlanta, Texas. In 1917 a second addition added two more wings, one on the west side and another on the east side, The architect was Stewart Moore, from Texarkana, Texas, and the contractors were A.M. and R.G. Brashears also from Texarkana. A fire in 1933 destroyed part of the second floor. Damage was repaired immediately, the tin covered cupola was removed and the third floor was added. At a later date the brick received stucco and was painted white with deep tan trim.

The enlisting three-story, Neo Classical Revival style courthouse is the result of the ca. 1900 remodeling. The seven-bay longitudinal elevation is basically a central pavilion with almost symmetrical wing featuring a prominent, three-bay, two-story pedimented entry portico. Columns are Roman Doric. The pediment has a semi-circular fan window with lights. A red tile, hip roof with a deck (no railing) prominently caps the structure.

Windows in the first and second floors are 9 over 1 or 6 over 1 light, double hung windows. There is no exterior window trim and only a slight sill. Third floor windows are 6 Light casements, typically used in pairs, but occasionally used singly. The exterior doors on the east and west elevations are metal all-glass, double doors with a glass transom above. The doors on the south and north sides are wood with a glass panel. Trim on the south door is simple architrave-type while the north door is elaborated with a triangular pediment.

Chimneys and fireplaces are no loner present, although early photographs show chimneys previously existed. The frieze, painted in a contrasting earth-tone, is the main decorative element. Metopes are plain and vary in width because the triglyphs are spaced to synchronize with spacing of fenestration and to add emphasis to the corners of the building. Repeated remodelings have left little material from the 1859 structure exposed. New doors have been installed, ceilings have been lowered from 12′ to 8′ with acoustical tile and recessed fluorescent lighting fixtures, walls have been paneled, and carpet has been laid on the concrete floor.

The Classical Revival Cass County Courthouse, prominently located on the public square in Linden, is the oldest continuously used courthouse in Texas. Serving as a visual reference point that defines the to landscape, this building is a reminder of past civic pride when the courthouse was a symbol of peace and of the protection of society. The original brick structure, built in 1859-60 is encased on two sides by additions occurring cast the turn of the century, in 1917, and following a fire in 1933.
The present courthouse is actually the second courthouse built in Linden on this site, and Linden is the second county seat of Cass County. In 1846 the original county offices were located in Jefferson, Texas. County commissioners moved the county seat to Linden in 1852. By 1853 a two-story, frame courthouse was built on the same site as the present courthouse. Thomas J, Foster, Sr., the contractor, did the logging and built the first pit saw and Lumber mill in Linden for the purpose of building the courthouse. His was also the first business in town.

The 1859-60 Cass County Courthouse precisely followed the mid-19th century formula for courthouses given in Texas Public Buildings of the Nineteenth Century by W. B. Robinson:
“…formal compositions, two-story blocks, approximately thirty-two feet high, on either square or rectangular plans. Usually the roof was hipped, the whole composition was crowned and unified by a square or octagonal cupola. Located in the center of the public square, the courthouse had entries, on all four facades – giving equal prominence to commercial property on all sides,”
The courthouse was the site of the early legal work of former Congressman Wright Patman and former Texas Supreme Court Justice Ralph Hicks Harvey.

While many changes to the structure have taken place over time, these changes represent the history and development of the building and they have acquired a significance of their own. Another addition is being planned in a manner sympathetic to the Classical Revival style architecture that the building took on in 1900. Neither this new addition nor previous additions should make this building any less worthy of preservation. The building remains in good condition and its current intense use serves the best interests of the building itself and the community of Linden, where typically the public square was a focus for community life and commercial activity. 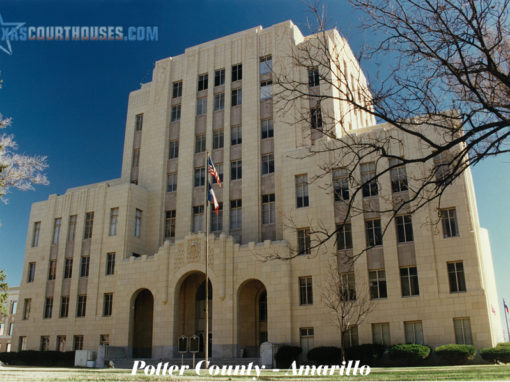 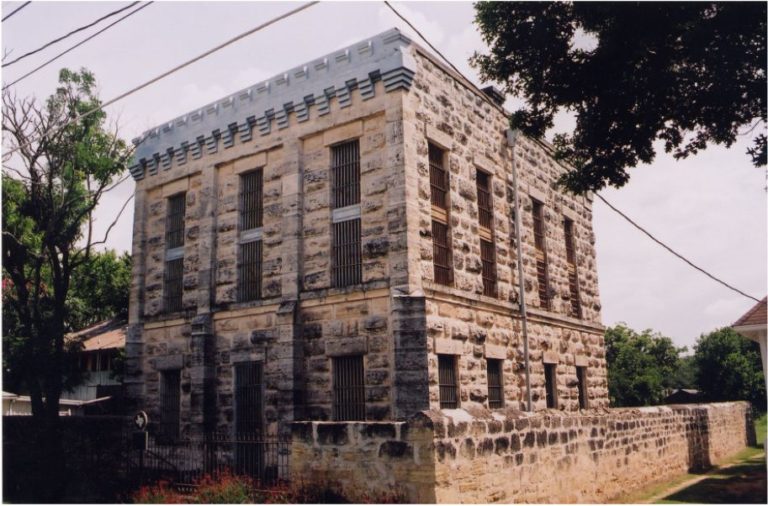